What did not work?

3D printer in Saudi Arabia We have unsuccessful story for the 3D Printer making regarding a few issues as below: 1- Frame: The frame making as DXF file was good and the cutting on plasma was great but our main issue is in the alignment in welding which need a high skilled welder, also very small pending in the sheet create a big issue for us. So, from our recommendation is to have a new design frame from a square shape pipe, aluminum shape or PVC pipe. Also if applicable if we have the axis bolted in the frame 2- 3D printed parts: The 3D printed parts were not in a high quality which create a big issue in assembling and gluing the magnetic due to uncleaned edges. While it is a great idea as a digital fabrication.

4- Electrical assembly: We faced an issue in searching to find the right electronic assembly drawing and we couldn’t find it with ourselves so we communicate with Marcin and he sent the right slides of the electrical assembly as below: [1] Also, there was a small issue in the motors direction specially in Y axis to make the motors move in the same direction and we fixed that easily by changing the inverter direction or the plug direction in the chip. 5- Z axis and heat bed: The design of the holding bed as cantilever was one of the main reasons for having the bad printing due to bending and misalignment leveling. There was a small modification had been made to cover the leveling but it wasn’t enough to eliminate the issue. We recommend to make Z axis to be double motored Finally, the filament after going out from the extruder is not stacking on the heat bed while the machine is moving correctly but there is no proper product came out from it and we try PLA sheet on the heat bed but it effect the sensor signal. 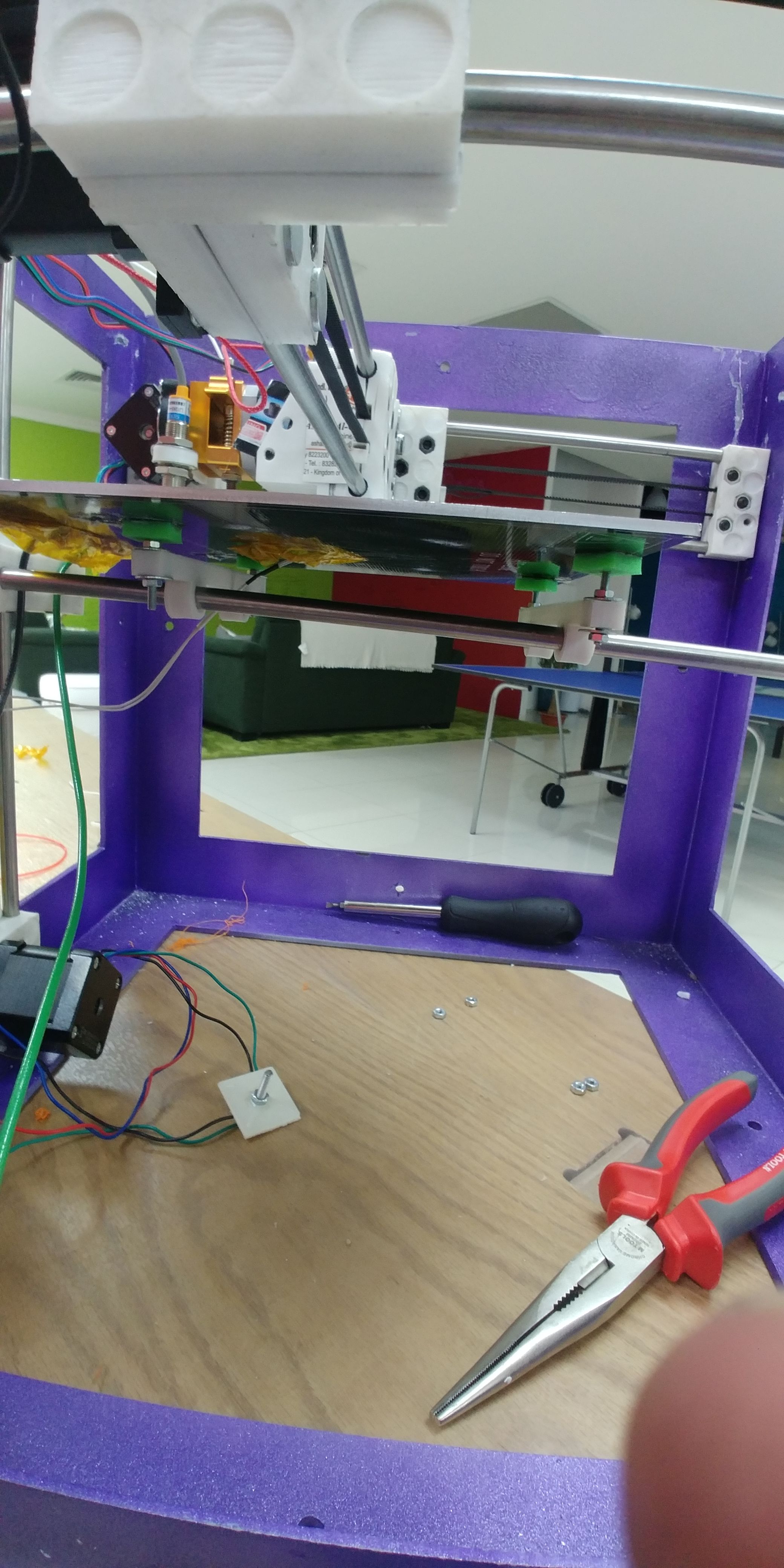 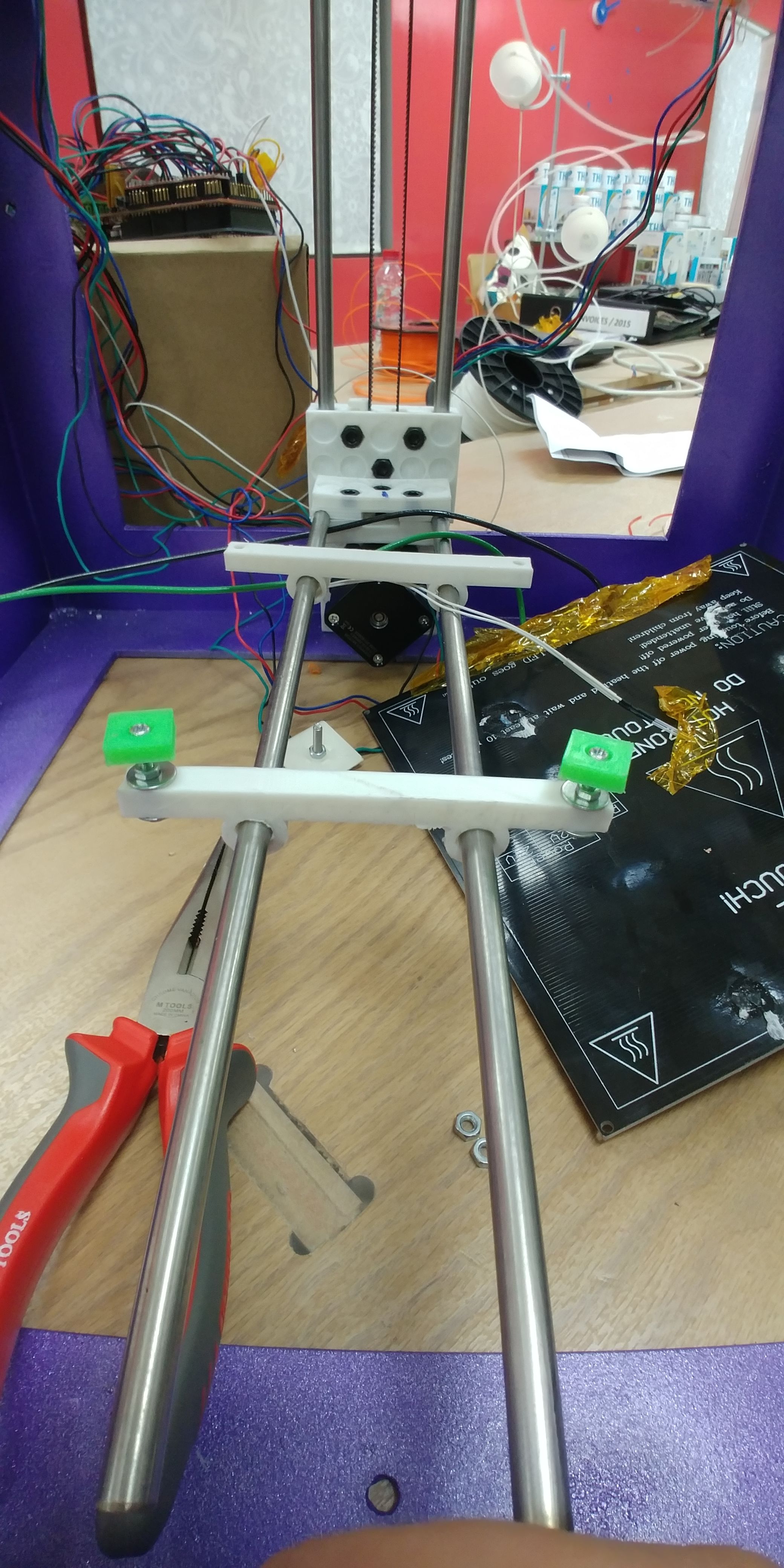 What would you improve about the design?

Did you finish the build?

Did you get all the software working?

Did you get a successful print?