To produce stabilized CEBs with our open source brick press, and to begin economically-significant block production - a mixer is needed for uniform mixing of soil and cement (lime or portland) in about a 5% proportion by weight.

Here's a commercial alternative: "The way the guys in San Antonio, AECT, do it is to have a massive hopper with reverse tines in it, then they auger that dirt and cement into a hopper that gets dumped in a heap mixed with a front end loader bucket and sprayed with water until the whole pile is uniformly gray and clumps under hand pressure and falls apart when dropped…then they press it. This machine costs over $100,000." 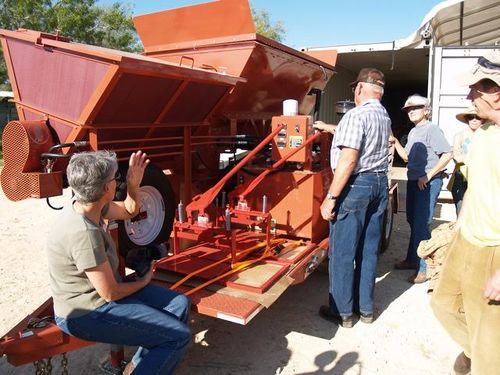