"this is the official map, from The American Chestnut Foundation, of all the current “chapter orchards”.

I created this - all of it; and set it up to run/work without me, as it must. So I have a genuine track record of success here- it’s not impossible I may know what I’m doing.  :-) You will find plenty of people who would tell you my part in all this was trivial - but in fact they weren’t at the Board Meetings for the first 10 years- where I conceived the need for chapters, and managed to get this organizational structure implemented- when a Board Meeting happened where we had a quorum- by the chief antagonists for the idea were absent. The antagonists wanted to keep the Foundation “closely held” - decisions made by the elite; I arranged otherwise, so that many contributors could participate.

Each one of these sites means many participants; anywhere from 3 to 50; 99.8% of them unpaid volunteers; who return year after year.

It works. Yes, I see something similar coming for hybrid hazels; though there are some critical differences. 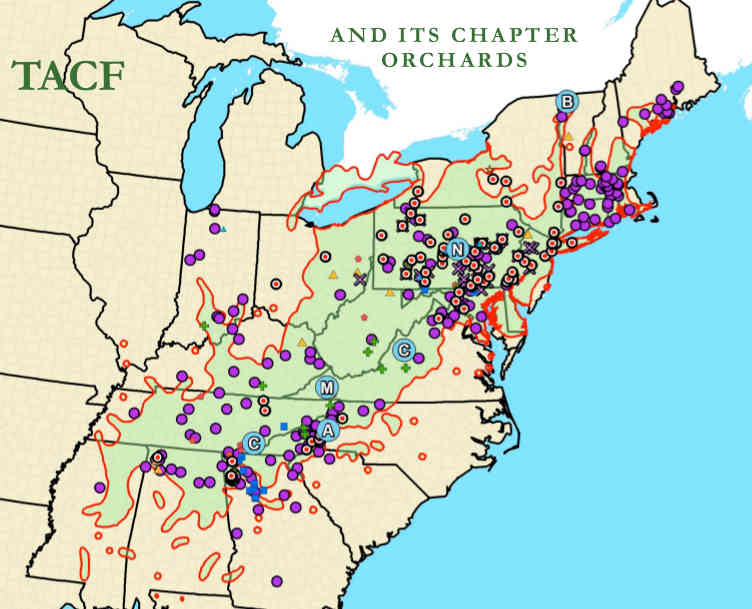