A proven heat engine option is a bladed turbine. The advantage is that experimental results in literature for small-scale bladed turbines indicate approximately 5-fold better performance than the bladeless turbine. While bladeless turbine results in the Warren Rice experiments indicate 5 lb/min mass flow rates of the working fluid and a mechanical power output of about 1 hp, the C. Christopher Newton Master's thesis on a solar turbine indicate a mass flow rate of under 1 lb for similar power output. The performance of the latter was over 1 kW of mechanical power from a turbine with a rotor of 5" diameter.

The bladed turbine should thus be examined for practicality - primarily in its ease of fabrication and longevity - if we are considering sustainable energy systems. Plans for this turbine are available from Reliable Steam Engine Co (see last product on the page).

The following is taken from the above reference on the 5" bladed turbine, which was built and tested as part of Newton's thesis: 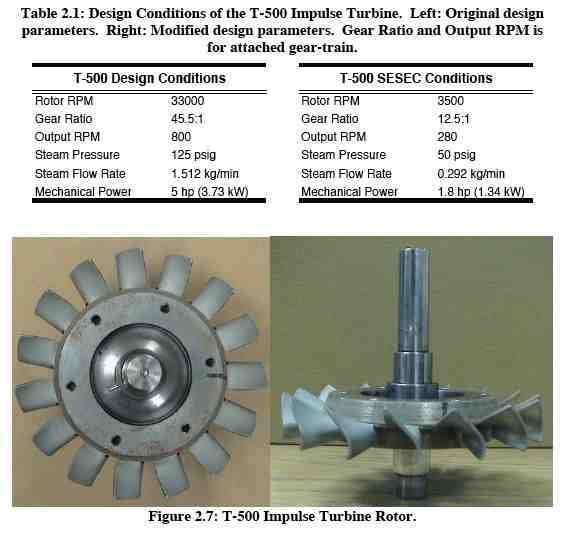 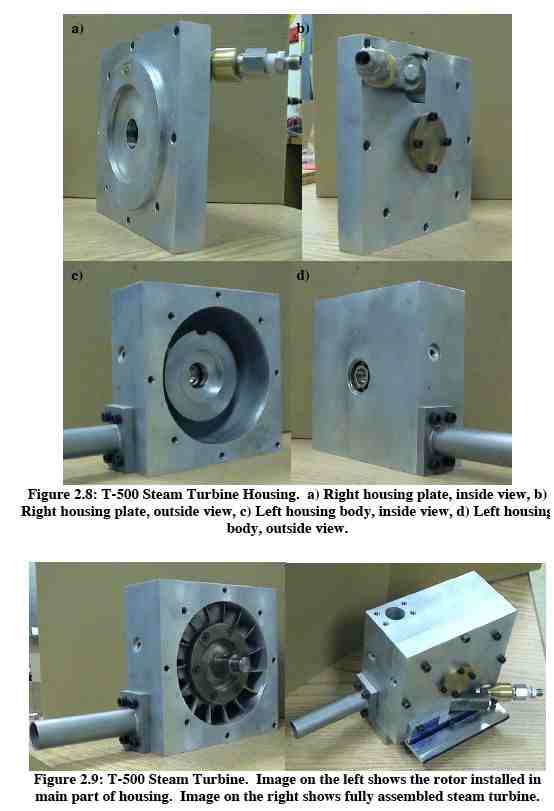 The heart of the bladed turbine is the rotor. The housing and other structural components may be almost identical to the bladeless turbine version. 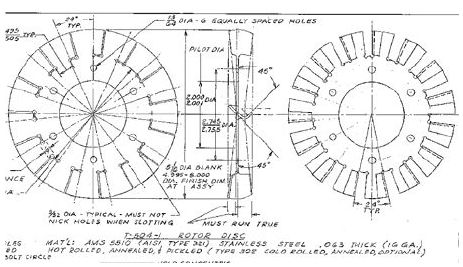 How difficult is it to fabricate this turbine compared to the bladeless turbine?

Comparison of Bladed and Bladeless Turbines

We are considering small turbines running at approximately 3600 rpm for direct coupling to generators. In both cases, there may be issues in terms of direct coupling to a generator - gearing may be desirable - but should be avoided for sake of turbine lifetime.