If we want to build a village, here is an initial proposal (2008). Structures as of 9.08 are shown in black, proposed structures are in blue. 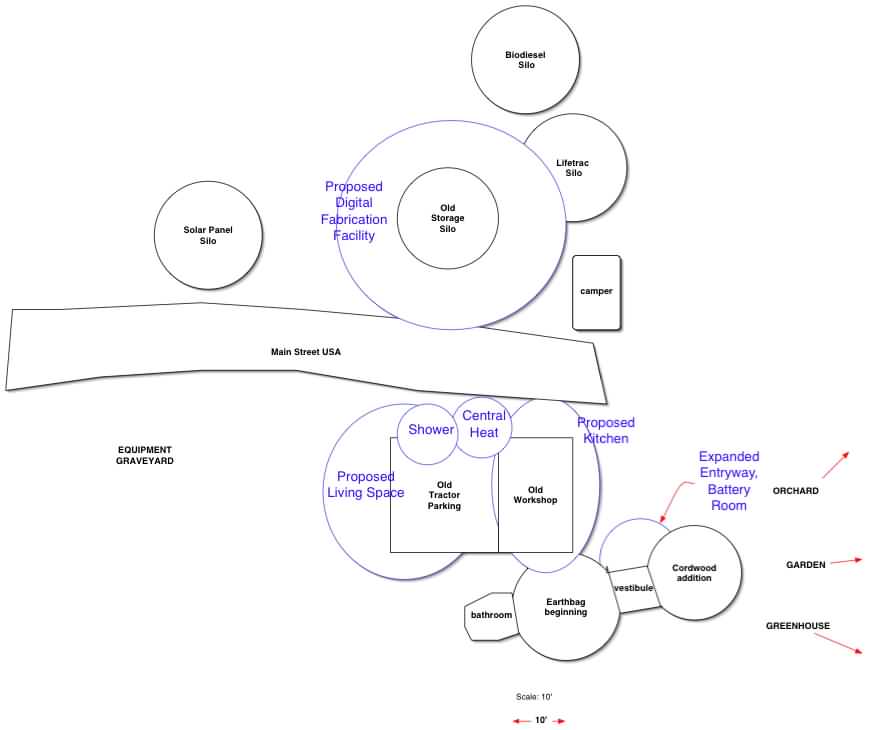 What percentage of cementitious additive is desirable? Answer: None, of course. First because you don`t need it. Second because it is expensive and very energy intensive in the making. Neither traditional, nor modern CEB works with cement. Here is an example of the highest CEB building in germany. I choose it as example, because it rains so much in germany. The CEB buildings in other regions of the world are much more beautiful, of course. The building was erected in 1836