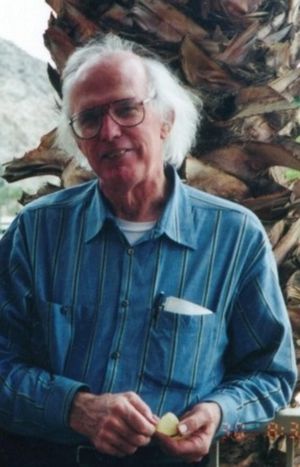 I believe in what you are doing.

Yes, and I hope to make a substantial contribution to the open source knowledge base.

I want to do useful, world changing work.

I will submit two proposals for project visits. I hope that the members of your community will help me correct and expand these proposals so that at least one is acceptable and I am invited to work on it for a month.

It would be most presumptious for to make such a suggestion. You have a bright, highly motivated group of people and know what is needed.

I suggest you Google these two phrases together "Greg Judy" "mob grazing". Rather like the man that only has a hammer I get the feeling that you see machines that you can build as the main solution. There is no question that they are part of the solution but there are ways of using farm land that minimize the use of machines and investigating and applying these ways would make an important addition to your program.

Business Skills - I know what ROI stands for but I don't have a clue how to determine it. I totally lack skills to do long range financial planning and other such things. But I do have two skills that can be helpful: 1) I can prepare an agenda and manage quick, effective business meetings that accomplish their goals. 2) I can moderate "talking stick" meetings that allow everyone to express their thoughts without interruption and thus bring forth everyone's knowledge and ideas. Often when there is a free form discussion many of the participants never speak. Either they are reticent to speak up at all or there are a few members of the group that so dominate the discussion that others never get a change to squeeze in a word much less be able to express a complex thought.

Computer Support - Practical knowledge of Windows computers and the Open Office suite of programs. No programming experience beyond BASIC. No C experience, I dipped into Kernighan and Ritchie's book "The C Programming Language" and found it utterly incomprehensible. With some mentoring I could probably attain beginner's skills in C if that would be useful to the community. I do have a good sense of how to design and internally document programs so that they consist of small, understandable modules with well defined functions and fully documented inputs and outputs (including all the details about the data formatted), thus making it possible for another programmer years hence to understand and modify a program without spending many puzzling hours struggling to understand spaghetti code.

For two years I taught basic Windows skills and the use of the nternet at my local library. Each class was three hours long, with a break in the middle. A had a good number of the students come again and again . They told me they always learned a bit more and gained understanding with each visit. The library just asked me to teach the Internet but I countered that some basic windows skills were required to send and receive email,attach pictures to email,save web pages, download PDF files and so forth. I ended up teaching both a beginning Windows class and an Internet class.

Design - I have extensive experience as a Mechanical Design Engineer, but in an area quite different from the the machines you have developed. I worked on film transports (for advancing photographic film in projectors and rear projecton film readers), heart pacemakers, insulin injection pumps and implantable glucose sensors for diabetics, control circuits and auxiliary equipment for large astronomical telescopes.

I designed and built theprototype clock-driven equatorial Sun tracker for Spectrolab. The design had six aluminum sand castings. I had the necessary patterns made, had some parts Blanchard ground to establish flat planes. I did all the machining on my own old round arm Bridgeport vertical mill.

(As I write this I suddenly realized that an effective copy of a Blanchard grinder is really a must for your Fator E Farm tool kit. It provides a very quick way to flatten large surfaces of steel or aluminum within 1/1000 of an inch. Ideal for coverting pieces that were flame cut fron steel plate to precision ground parts. Much faster that a surface grinder and actually a simpler machine to build than a surface grinder.)

Natural Building - I directed the building of a rammed earth house in Kotzebue, Alaska. Thus I have intimate knowledge of that form of earth construction. I visited Nader Khalili's Cal-Earth Institute in Hesperia, California some seven years ago and I am familiar with his earth-bag technology and the other demonstration structures there. I have no experience with straw bale constructon but have read much about it on the WWW.

Electronics - I have been interested in elecrtronics since I was 9 years old. My brother and I built a crystal set then following plans in Alferd Morgan's "First radio Book for Boys". I still remember his clear presentation of the progression from a electrical schematic to a wiring diagram to a pictorial representation of a circuit.

Working for Lear Incorporated at the time when transistors were just entering industrial and aerospace and miltary markets I worked in thir R & D department. It was my first real grown up job. I built prototype magnetc amplifier circuits (common in aerospace at that time. I got drafted and after two years in the service I returned to Lear and worked as an electronic technician supporting their small scale production of three axes stability augmenter for Lockheed's F101 Star Fighter. This job showed me that a small group of people could produce a complex product. True - only in small quantitisb

Working from a hand drawn schematic I buit the prototype of a machine to drive the pneumatically operated tool that surgeons us to operate on the eye, more about that in my CV. This used 7400 TTL logic (but not clocked logic) and I built the prototype using a Vector hand held wire wrap tool on vector pototyping PC boards. More about this in my CV.

I have extensive experience in designing complex relay control systems but this skill has been rendered obsolete by the Aduino and similar microprocessors. I believe I could quickly learn enough C to be successfully write code for Aduino projects.

I am familiar with operational amplifiers and their applications. Again see my CV.

Simce the advent of TTL logic, low cost microprocessors and operational amplifiers many small scale electronic projects have been reduced to tinker-toy simplicity. Buy the requisite integrated circuits and connect them together. I have never designed even a simple one transistor amplifier but using 7400 TTL logic, 555 timers and operational amplifiers I have been able to successfully design complex control systems.

Automation - A friend built a machine to wind the filters used in automative air bag systems. When he finished the machine there were six manual controls that had to be operated in the correct sequence to make a filter. He asked me to automate this operation to the extent that there was one push button used for Start and Continue. There were several operations that required human intervention. The machine would stop and when the task was completed the operator would hit the push button to continue. Now this would be implemented with an Aduino, then we bought a PLC - Programmed Logic Controller - that was programmed with a relay contact ladder string language. We bought the controller on a Friday. I spent the weekend studying it and had a program completed by the following Monday. Two days later it was running the machine. Of course is the same as your adding an Aduino control system to the Compressed Earth Brick machine.

I have rudimentry skills as a machinist operating lathes and vertical mills.

Energy - I worked as a solar panel system designer for both Spectrolab and Arco Solar. At Spectrolab I did the design work for a Winston Concentrator using parabolic aluminum trough mirrors in conjunction with elliptical secondary mirrors to acheive a 14:1 conmcentration ratio. This job included creating the detail drawings for the aluminum extrusions that formed two elliptical mirrors that provided the second stage of concentration.

From my experience as an engineer at Carson Astronomical Instruments I know how easy it is to make a sensor that can track the Sun with better than arc-minute accuracy. If a site has horizon to horizon sight lines to the Sun the output of a solar panel array can be doubled by tracking. I suggest two axis alt-az tracking based on a lazy susan turntable supported by an automobile front wheel spindle (rear wheel drive car) and the brake disk to provide a simple, inexpensive azimuth bearing. The panels would be mounted in the turntable and be tiltable to track the Sun in two axes. While this system could easily be made to track the Sun using a Sun tracking sensor and automoble electric window motors to drive the axes with a bang-bang servo system it would also be easy to manually redirect the array at the Sun by any one passing by at 15 to 30 minute intervals. A simple shadow sights would clearly show whoever was making the adjustments which way and how far to move the array in each axis. A mild degree of concentration (1.5X to 2X) could be added by flat mirrors at each side of the panels.

I am a great believer in the solar heating of water. Either with a simple passive system, a black tank on the roof, or more complex systems with circulalating water or antifreeze.

Marketing - I was quite succesful in marketing my PHOTAMP light transducer. Again, see my CV. In addition to buying advertising space I was able to place many new product releases which drew customers more effectively than the ads.

For me the secret of successful salesmanship is to be honestly helping the customer to solve their problem. Once they realizie that you are extending a helping hand instead of trying to force a sale you have them. It is not glad handing them, manipulation or backing then into a corner where they have to buy. See my remarks about what it takes to be a good teacher below.

While working at Richardson Camera Corporation I successfully proposed and sold a custom designed 70 mm cloud chamber camera to a physicist at MIT. While at United Detector Corparation (see my CV) I created an effective ad that instantly tripled their sales of transimpedance amplifiers.

Education - I am a capable teacher. I taught night school AutoCAD classes at Moorpark Community College for five semester. It took one semester to work out the kinks but after that I had 80% student retention (unusual in night school. After the third semester all of my students honestly earned an A grade in my classes.

I can teach algebra, trigonometry and the basic physics of mechanics, heat, light and sound at the high school and junior colllege level.

By coming for a month to work on one of my proposals.

At the present time I do not see a need for any of your machines in my life. But please understand I have great respect for the work you have done and feel that these machines will be at the core of other similar communities.

Yes, if my contributions are valued by the community and I see the possibility of having a pleasant life within your community.

No, the projects I currently have in mind would not use any of the machines you have developed.

Adding a question of my own.