Marcin Jakubowski is a Polish-American who came to the U.S. from Poland as a child. He graduated with honors from Princeton and earned his Ph.D. in fusion physics from the University of Wisconsin. Frustrated with the lack of relevance to pressing world issues in his education, he founded Open Source Ecology in 2003 in order to make closed-loop manufacturing a reality. He is now working on open-source blueprints for civilization - the Global Village Construction Set (GVCS)— an open source tool set of 50 industrial machines necessary to create a small civilization with modern comforts. His goal is to create the next economy - the open source economy. His work has been recognized as a TED Senior Fellow, in Time Magazine's Best Inventions of 2012, as a Shuttleworth Foundation Fellow, and a White House Champion of Change in 2013. See his TED Talk for an intro - http://bit.ly/2dsMUf0 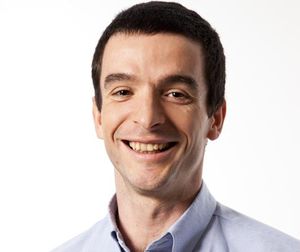