Drove up to Missouri and to Factor E Farm for the Power Cube / LifeTrac build for Blair Grocery in New Orleans. Spent time designing the new Power Cube with the Kubota diesel engine. Drove to secure the engine, radiator and other parts necessary for the build. Used Sketchup to update the design according to the newly secured Kubota engine. Cut steel for the new 36" frame and began gathering other necessary parts - such as the fan and oil cooler. 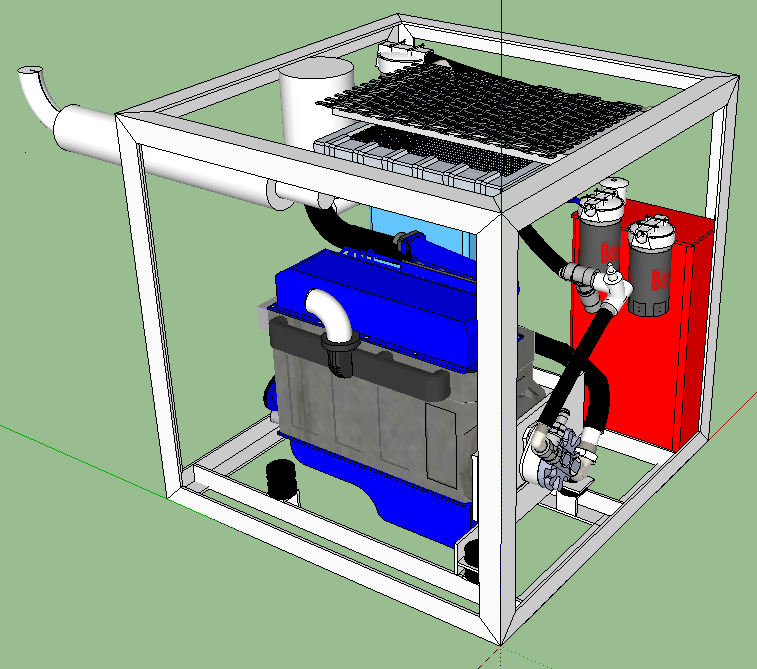 While we did finish the diesel Power Cube, I did not have the time to document the final design. The resulting Power Cube weighed around 1/2 ton and it was quite large, though it did fit in the LifeTrac for Blair Grocery. I spoke to one member of Blair Grocery around Sept 2014 and was told that it is still operational.