With some discussion about desired room sizes in the Hab Lab, this design was laid out to include larger 10'x12' rooms and smaller 8'x10' rooms with a central open area large enough to be used for practicing martial arts forms. Kitchen and bath facilities are considered. Central clerestory lighting is incorporated. The larger building would accommodate 10 private rooms. A smaller version provides only 7. Heating and Utilities have not been addressed. The column layout became quite random in this rendition. 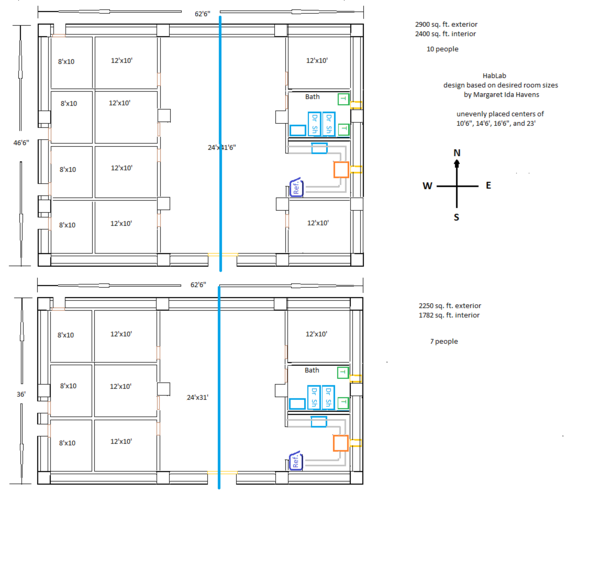