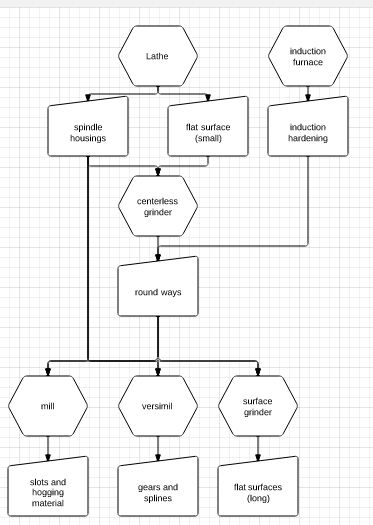 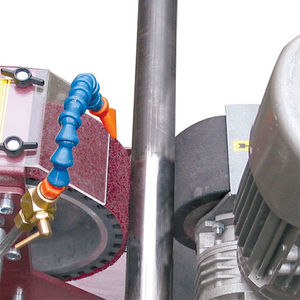 I like the idea of adjusting two ways straight and parallel then grouting in place. The classic vee-flat ways (or round-flat) are kinematically correct. Parallel round ways are overdetermined. Nonetheless, my suggestion is to use parallel round ways but design the carriage to accommodate slight variations in way spacing.

Adjusting ways to straightness is an interesting challenge. Even a 10-second precision machinists level may not be up to the task in the vertical, and doesn't readily handle horizontal straightness. My suggestion is to go optical.

The traditional technique is autocollimation. However, I have cooked up some optical techniques based on using an ordinary consumer digital camera and software.

The carriage must engage the ways with a large area of contact to ensure rigidity and good wear life. This requires an internal half-cylindrical surface accurately mated to the ways. My best idea so far is to drill a slightly undersize hole, split into halves, and finish lap to size.

Two such half-cylinders, well-spaced, could be grouted into the carriage to follow the main guideway. The second guideway would also have a half-cylinder shoe, but an intermediate flat-against-flat (or, alternatively, a "rocker") arrangement would accommodate slight variations in way spacing without disturbing main guideway tracking.

It is possible to turn parts between dead centers before the headstock is built. This might be the way to turn bearing seats on the spindle.

Linear encoders are expensive. Here is a possible alternative. The Trav-a-dial has been around for decades and really works. Put a rotary encoder on it and you have a high resolution linear encoder system. A grit wheel concept (like the HP drafting plotters use) might also work.