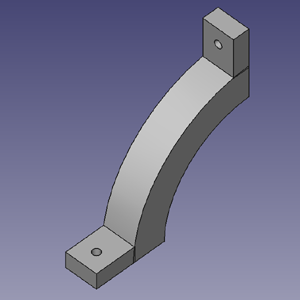 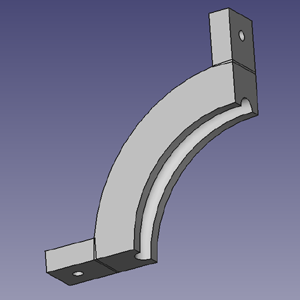 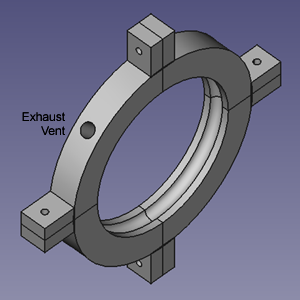 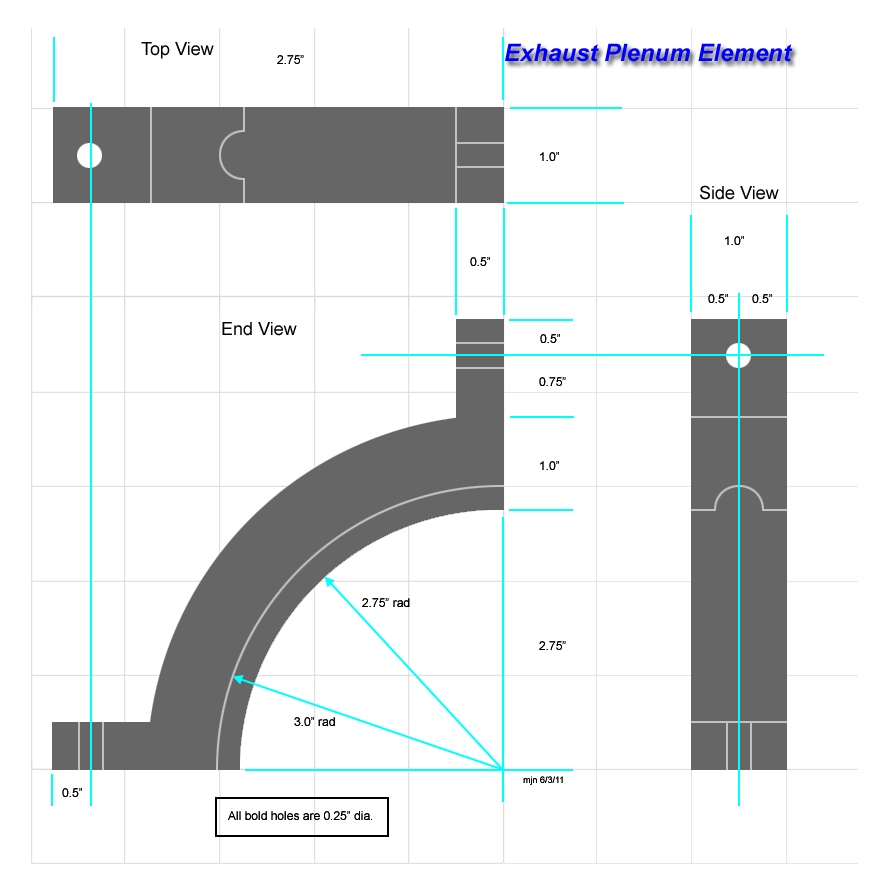 The exhaust plenum consists of four identical semi-circular parts bolted together with four quarter-inch bolts. One part should have a hole drilled into it to allow steam to escape. Later, this will have a fixture to capture spent steam.