From Steam Engineering: A Text Book by William R. King

Their are specific economical advantage in operating a steam engine in connection with a condenser. Local conditions as to the supply of condesning water, or as to the extend of the plant, are usually the determining influences governing the employment of condensers. A savings of 25 per cent in steam consumption can be realized.

With the surface condenser the exhaust steam on entrance into the condenser comes in contact with the cold metallic surfaces of tubes through which the condensing water is being forced by a circulating pump. In this process the steam is at once condensed and a vacuum formed. The water resulting from condensation of the steam falls to the bottom of the condenser, whence it is drawn, together with any air or uncondensed vapor that may be present, by the air pump.

With the surface condenser there is no mixture of the condensed steam and the condensing water, and therefore a purity of feed water is produced that prevents the accumulation of dirt in the boiler and the formation of scale on the heating surface. 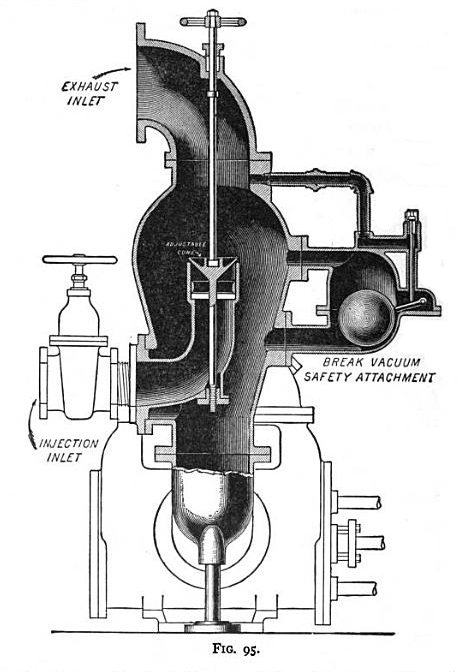 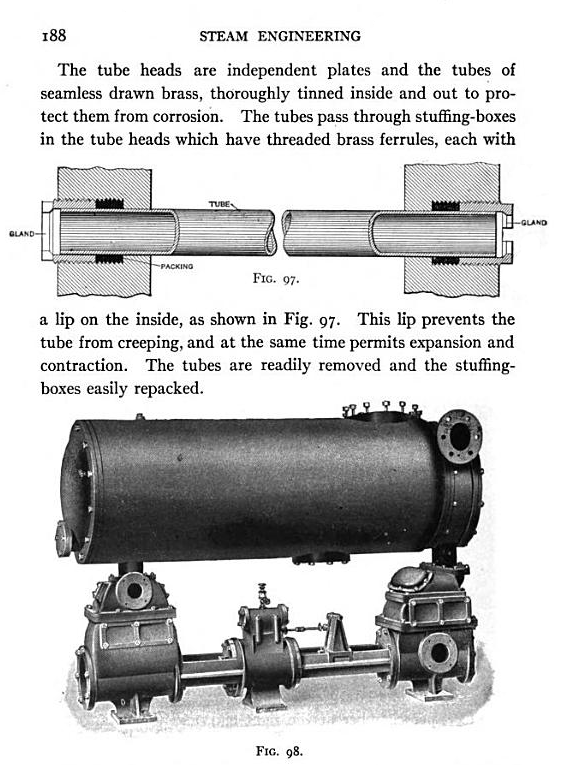