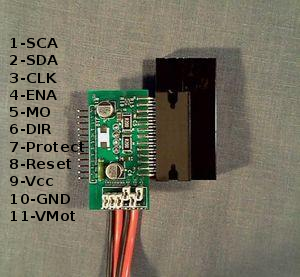 The homing is now functional on my mockup using one optosensor on each motor. I did a little development on limits a while back but they are not fully implemented.

We made a choice a while back to implement an I2C interface bus on the board. This turns out to be a little more complex than I expected and has been a time sink, but I still support the design decision as it makes it easier to add more I/O features down the line. As noted above, we are successfully running home switch input operations through I2C; however we can't yet interleave output operations (e.g. "start torch") with input operations in real time.

I am fully employed and unfortunately not finding much time to work on this project, maybe a few hours a week. A possible place to look for firmware coders who are already up to speed is the grbl site at https://github.com/grbl/grbl . I would definitely like to see this come to fruition.

Sorry for the delay, I will expand on some topics later. But to give you some idea of what Chuck and I were working on:

The torch height controller would benefit from being a self contained system that communicates over I2C with the arduino. For two main reasons. The Arduino Uno is quickly running out of room in the flash as new capabilities are added to grbl. By moving that function off the chip it alleviates future compatibility issues with grbl. Isolation is built in to the StepperNug interface right now, if the arduino is tasked with handling analog we would have to come up with an analog isolation method which is non-trivial. Right now we have I2C isolated, so it is a reasonable path to follow to get the torch height correction values back to arduino. Lastly, the cost is equivelant between an ADC to read the torch height, and a microcontroller to do the same. If a microcontroller is utilized, might as well implement a PI controller there and send the correction values instead of ADC values as the microcontroller would be under utilized just sending ADC values.

Documentation is almost nonexistent. There is some for the first interface board, but I will hold off on creating much for the new rev until the design is finalized.

Heat sinks are included in the current design, enclosure has been considered during layout, but not implemented.

RF shielding is in the design. However, the physical location of the isolated Arduino may be an issue that needs to be addressed during case design.

I don't know what you are considering for power supply options, but 24v 20a is fine. I personally use two 12v U1 server power supplies in series for power. Mainly because it was what I had on hand, but also because they are incredibly robust, above 90% efficient, and can be found for $20 a piece if you keep your eyes open. I did design work on these, they are really well designed :) An example: http://www.ebay.com/itm/Coldwatt-Intel-ASR1550PS-Server-650W-Redundant-Power-Supply-D23832-007-PS582-/251248346325?pt=LH_DefaultDomain_0&hash=item3a7f9184d5

I haven't been spending much time on this design as of late. I don't want to design boards without the requirements fully defined. Once we do that I will send out the next rev of the interface board to be manufactured. In order to get the design requirements defined there has to be someone with an oscilloscope and a plasma torch in the same room. Chuck got the chance to look at the DC portion of the torch signal, but the portion that will drive the design is the AC portion. I have looked, and I can't find an data on this.

Lastly, what other developers do you need?.?. I personally like to split a project like this between hardware and firmware. If I were to split the project up, I would split it there.

Here's some stuff that was on another page and I'm consolidating. I'm not sure if it's up to date.

When electrical noise is not a problem, the simplest connection from PC to steppernug is through the Arduino's native USB port.

For longer runs (to keep PC out of dirtiest areas) and better noise immunity, steppernug interface board will support an RS422 differential balanced serial line. Then the PC end would need a full-duplex adapter like this. 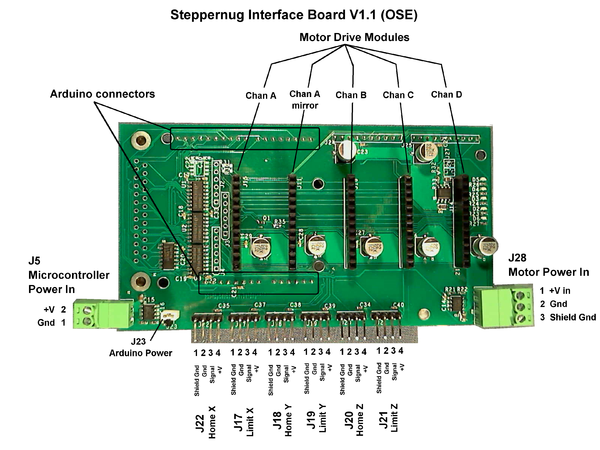 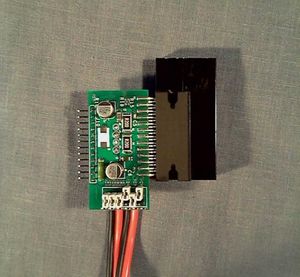 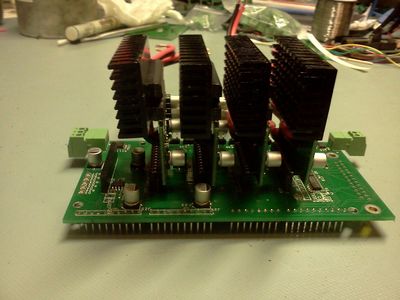