This document is created to try to document a 3D printer build as detailed as possible, to facilitate the development of D3D Workshops. The starting point is an unboxed Folgertech Prusa i3 (see Tobbens_Folgertech_Kit_Unboxing_Log) and the instructions located at Prusa_i3_Modular_Build_Video containing script, Module Assembly Oder 3 module videos module 1, module 2, module 3, as well as time lapses of overall assembly, frame build and extruder slide build. The Folgertech build manual is also used. 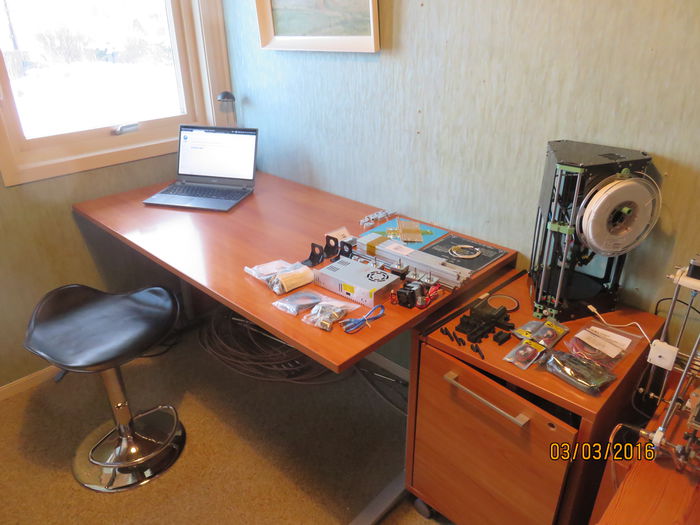 Build steps are performed calmly with no hurry.

No tools are prepared or planned beforehand, so time consumption for getting tools is included.

Nothing on the work-table is touched unless time is recorded. I've tried to avoid solving problems in my head or thinking about specific build steps when the stop watch is not running, so that also the thought work required is captured in the recorded times. Recording thought work with a stop watch is of course impossible to do perfectly.

Stop watch is stopped only while writing this log, taking pictures, eating and going to the toilet.

Since documentation was consulted only once per step, the size of a build "step" was defined and limited by Tobben's working memory. Hence the number of assembly steps in the log below translates to a rough count of documentation lookups/planning pauses. We say a rough count because there were some deviations from this rule.

Tobben has assembled many RepRaps before, and also read the Module Assembly Order document prior to this logged assembly. Reading took ~10 minutes. Quantifying the relative advantage of previous RepRap experience is very hard, but recorded times should be at least be doubled for novices.

The most cognition-intensive module was the electronics with 15 steps/documentation lookups, taking a total of ~2 hours. Having one person learn these steps and do them several times could maybe save in many minutes (1 h?) per printer on average.

In sum, these four kit perfections would have saved almost 1 hour.

In sum, an instructor could have saved in 1 h 27 min distributed over 9 different steps.

By sorting the build steps on Time Consumed, we get a top 5 time consumers as follows:

Notice that since a "step" is subjectively defined, it's not guaranteed that the longest build step holds the greatest potential for time saving. Also, the mitigations mentioned in the table above only concerns small changes in the assembly process of a Folgertech 2020 Prusa i3. It might be more time saving to use a completely different 3d printer design, but this is not captured here.

First of all, the printer works. See video of first print.

However, the assembly is an error-prone process. There are hundreds of common and uncommon mistakes that are easy to do but hard to debug, making the build a risky endeavor for novices.

Y-belt mount point that allows belt to come in from the wrong angle: 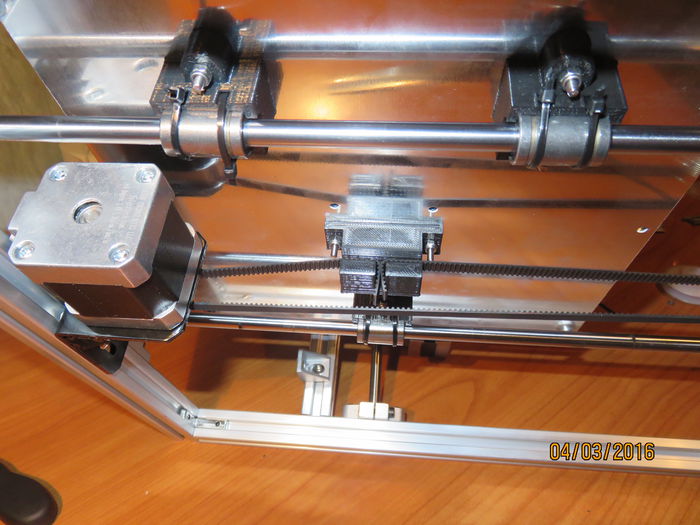 This would make the pulley work along the leg of an ever-changing triangle instead of a straight line, and big prints' dimensions would be wrong.