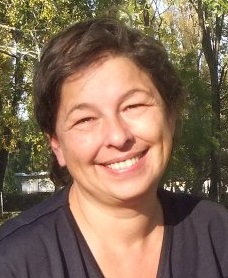 WHAT are your skills?

thoughts I haven't put anywhere else yet

Add a fluid gauge to the fuel and hydraulic fluid tanks on the power cube. A clear tube with some 90* elbows should do.

I wonder if it's possible to create nestable DC motors. Like, the front shaft, mounting plat and electrical connectors of one could merge with the rear shaft, mounting plate and electrical connectors on another to make one double-sized motor. A complimentary ring-shaped motor could accept a cylindrical motor in the middle, with similar electro-mechanical coupling. Then pairs of ring/cylinder motors could be stacked front to back in the same way. The end result would be a collection of motors that work individually, but that also work seamlessly as a unit when they're combined in an arbitrary number.

What materials would we get the biggest bang-for-the-buck from building the infrastructure to process? Quartz seems like a good candidate. "Quartz is the second-most-abundant mineral in the Earth's continental crust, after feldspar...Quartz is the source of many silicon compounds such as silicones (e.g. high performance polymers), silicon (e.g. microelectronics), and many other compounds of commercial importance. Quartz in the form of sand is reduced by carbothermic reaction as a first step in these energy-intensive processes. Owing to its high thermal and chemical stability and abundance, quartz is widely used in many large-scale applications related to abrasives, foundry materials, ceramics, and cements.[9]...Most quartz used in microelectronics is produced synthetically. Large, flawless and untwinned crystals are produced in an autoclave via the hydrothermal process. The process involves treating crushed natural quartz with hot aqueous solution of a base such as sodium hydroxide. The hydroxide serves as a "mineralizer", i.e. it helps dissolve the "nutrient" quartz. High temperatures are required, often around 675 °C. The dissolved quartz then recrystallizes at a seed crystal at slightly lower temperatures...A common piezoelectric use of quartz today is as a crystal oscillator. The quartz clock is a familiar device using the mineral. The resonant frequency of a quartz crystal oscillator is changed by mechanically loading it, and this principle is used for very accurate measurements of very small mass changes." -- So quartz is easy to get and relatively straightforward to process into a pure form. It can form the basis of industrial and microelectronic activities. Also, I think it's worth looking into piezoelectric motors (high precision replacement for steppers). Those snap-button lighters use a quartz crystal to generate the spark. Attaching a quartz-generator to a vibrating machine could generate enough power for the microelectronics. Piezotransformers are the most compact high voltage. Piezo sensors detect vibration or create it. Stacked piezos create ultra precise motion from micro to millimeter ranges.