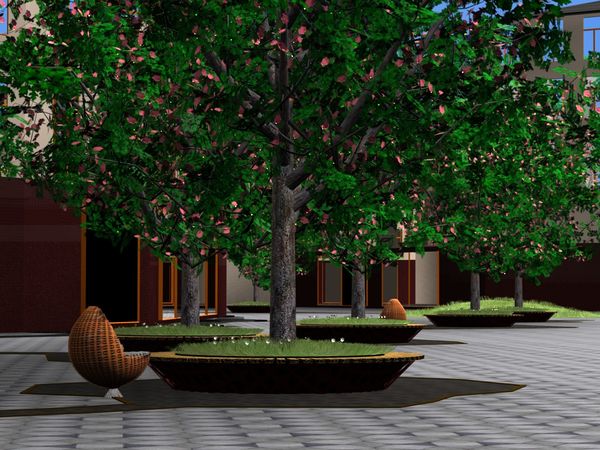 Add Michael Pollan to this.

We are working on a visualization of a post-scarcity village. 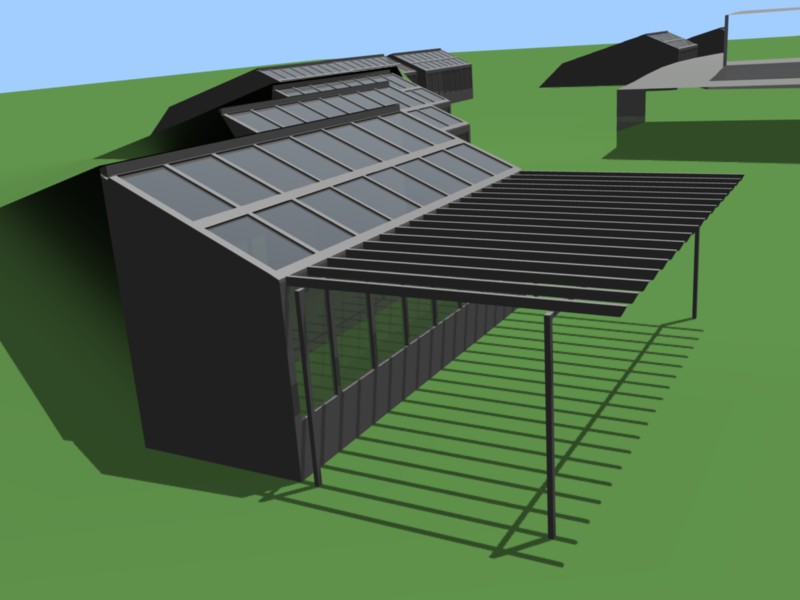 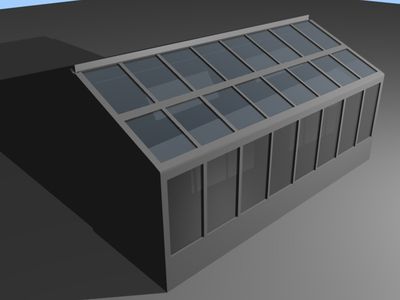 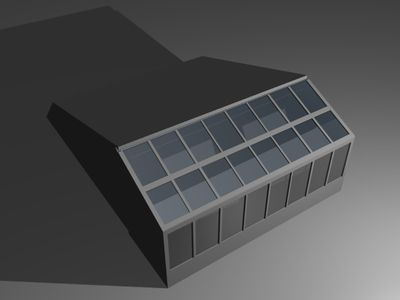 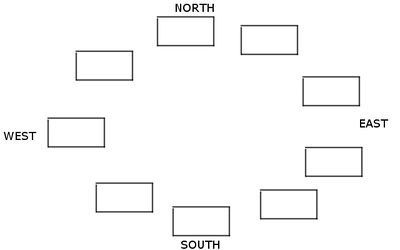 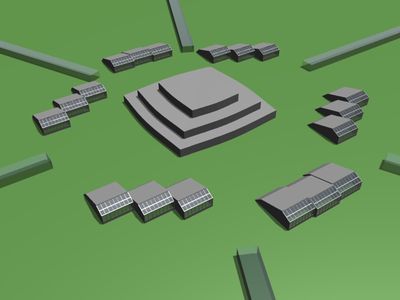 I started sketching Ziggurat and arrange modules around. All the facades should face South in colder climates (where winters are). The conservatory will accumulate heat even in winter day, when sun sets, the windows can be open to let the warm air in.

This is the 5 year plan of MINICITY.

The tubes are transparent transport tunnels (future) that are not affected by weather - will be used to connect to expanding city - technology can be any - cars, bicycles, trains?

I don't see transport tunnels happening unless existing roads are eliminated. That is not likely to happen in 5 years.

Or, it could be curves all facing south, if built into the hill, You can take the limit of what you have and bury NEW sides.

Ziggurat is a bit curvy to give it a more organic look.

I think if integrated with lots of vegetation, its actual looks will not be that important.

There is Blender file attached as well.

Once we get site set up (planning) - I will attend to plants - it is a bit harder with plants - but more fun!!!

Ohh. I know there are two many modules there. You can build one or two initially and Ziggurat. Then you will add the rest of them, when more people will come in and join.

Yes I think the gradual evolution is the idea.

Sorry, if this is too optimistic and unrealistic - ground me if needed.

Just get rid of the tunnels for now.

I think you should put into your mindset the concept of transformation of forms. Maybe you can even have the ziggurat pop out of the earth at a later stage in the visualization, to show people what the site can turn into. In the next year, we'll only have modules. Do you see what I mean with the transition? It's about seeing how everything is dynamic and changing - not a fixed dumb house, but somthing that comes in and out of nature. In fact, we might want to show something like the soil (clay and sand) melted to glass, which grows the buildings, and clay forms the walls, and trees form the dimensional lumber and trim - have an animation where the house is born from the earth? That would be interesting. So we could have a surreal setting. The good thing is, if we have on-demand buildng capacity from local resources - then it's like the metaphor I'm giving. Things pop out of the ground and then are eaten by the ground.