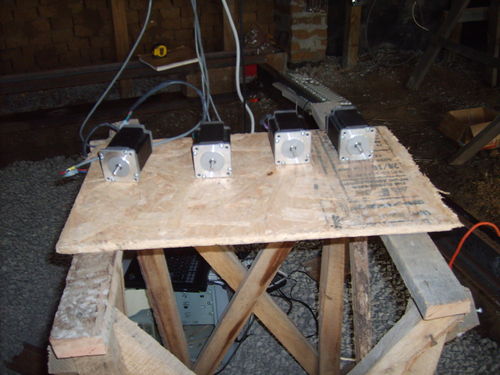 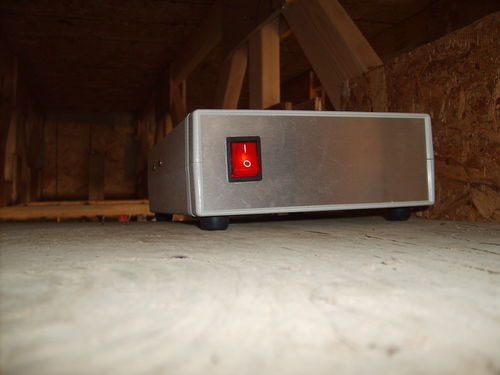 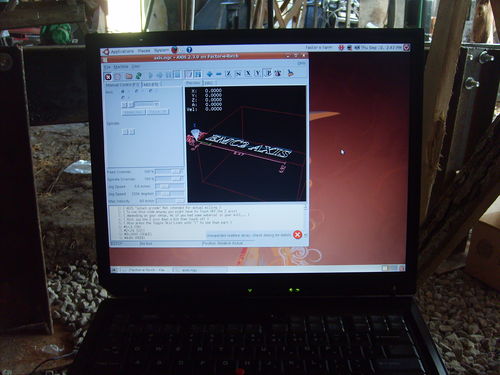 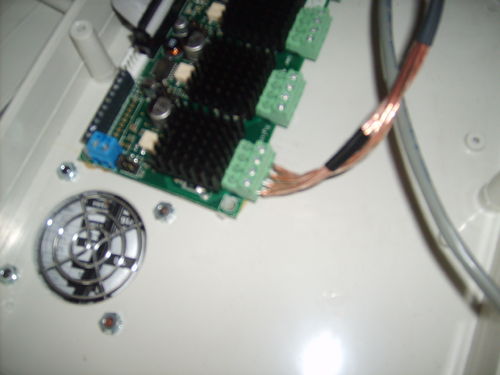 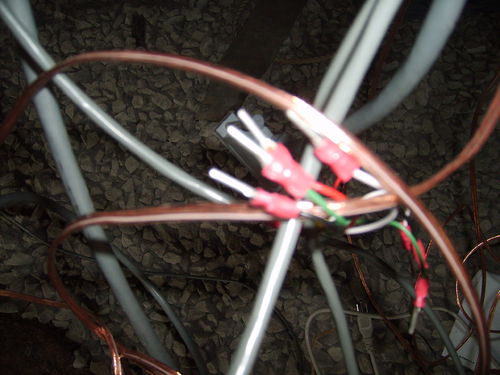 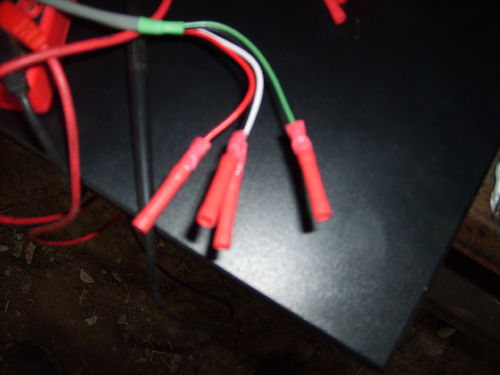 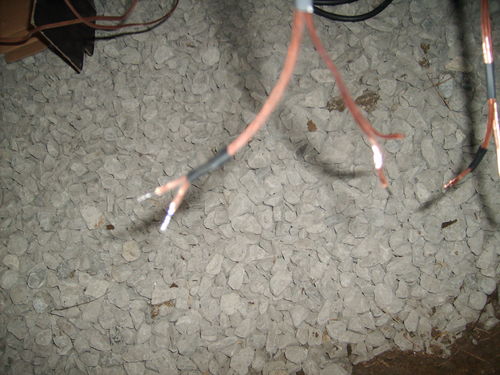 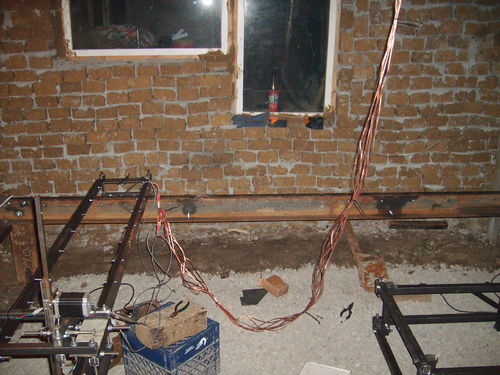 One of the channels has gone bad unfortunately and the most likely cause is that there was a loose connection which caused an intermittent short. From the documentation, it is strongly suggested to not unplug the motors while the controller is on. One reason for this is that stepper motors act like large inductors, and when an inductor is discharged they can produce high voltage spikes. Now, a loose connection can act an awful lot like unplugging the motor while turned on. All the wires were tightened down hard which should alleviate the cause but the problem still needs fixing.

Hi, The part number is A3977SEDT from Allegro Micro. These are available from www.digikey.com

The glue holding the heatisk on is thermal adhesive, to conduct heat to the sink from the chip. If you pry between the chip and heatsink, you should be able to pop it off. Do not pry between the board and the heatsink, as this could possibly rip the chip off the drive board, taking traces with it and wrecking the board.

Once the heatsink is off you can use a hot air gun to melt the solder and remove the chip. Be sure to protect the other devices on the drive board from the hot air. Or, if you are careful, you can cut all of the leads and then clean up the pads. Again be careful so as not to rip up pads and traces.

Digikey has the part for under $9 dollars, which makes this the cheapest and probably the easiest fix.

The next option is to replace the channel with a stand alone modular stepper motor controller board. RepRap has them and MakerBot Industries sells them for $20. On top of that you'll have to figure a way to wire it into the appropriate parallel port pins, which is an exercise left for the student to complete. (hint: look at the plasma controller interface)

The RepRap project uses 12v stepper boards. These are roughly comparable with the Xylotex stepper control package. The difference is that Xylotex can step at 1/8th of a 1.8 degree step per pulse, and RepRap can step at 1/4th of a 1.8 degree step per pulse. Xylotex also has a total higher wattage potential at 24V 2A, but RepRap which runs at 12V 2A should be enough to hit the optimal energy density of the stepper motors. The only thing I would add would be a heat sink and a fan to the RepRap stepper driver so we can work the motor driver harder. Version 2 will most likely try to either incorporate a redesigned RepRap motor driver that can do 1/8th stepping or live with the standard 1/4th stepping. It is yet to be seen how useful 1/8th stepping is in practice. [1]

Q. Chris, can the RepRap motherboard v1.1 suffice to handle these stepper motors for our torch table, or a smaller 4'x4' version of the same? We would like to transition away from the Xylotex closed source version. Lawrence commented on this point. What is your feedback on his comment?

A. You need stepper driver boards in addition to the motherboard for any motors, so the motherboard will drive any stepper motors. Lawrence says the reprap stepper drivers are 1/4 step, but that is not true, they are half step. The V3 stepper drivers are 1/8 step, but I don't think anybody sells them yet, so you would have to get your own PCBs made. They will only do about 2A with good heatsinking, so you won't get the full torque. The chips are rated at 2.5A, but it is very hard to get that in practice. Reprap only needs about 1.5A, so is generally moving to smaller drivers, not bigger.