Assume we use a configuration with 2 single-acting hydraulic cylinders. To achieve a 180 degree range of pivoting with an 8 inch cylinder - the 8 inches of travel must travel through a 180 degree arc at the radius of cylinder attachment. This is impossible. The picture shows this. If the cylinder moves beyond the green line, it will not be able to return. The cylinder would have to travel past the green line to attain 180 degrees, denoted by the red semicircle arc.

We can use an 8" cylinder that we already have in house. This means that the radius r in the picture must be calculated to determine the specific position of the cylinder.

Here's a 2d range of motino analysis using LibreCAD: File:Backhoe Main Pivot Side to Side Geometry.dxf 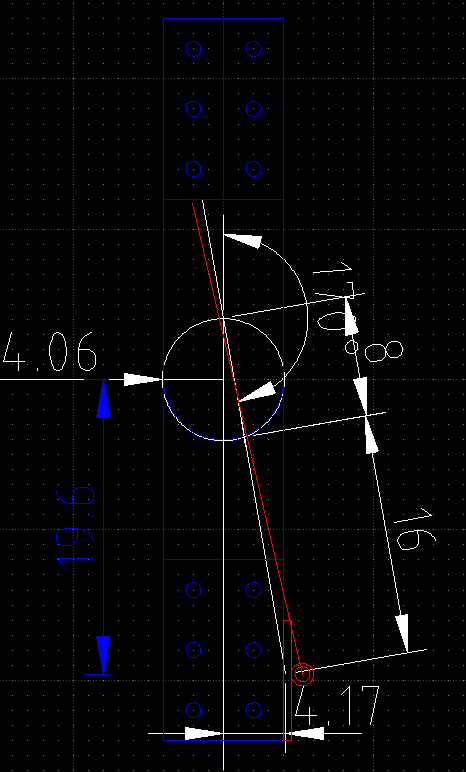 This shows an overhead view of where we'd want to mount the right cylinder so that its full 8" motion corresponds to a 170 degree range of motion without the cylinder axis ever getting in line with the center of the pivot which could cause it to lock up. 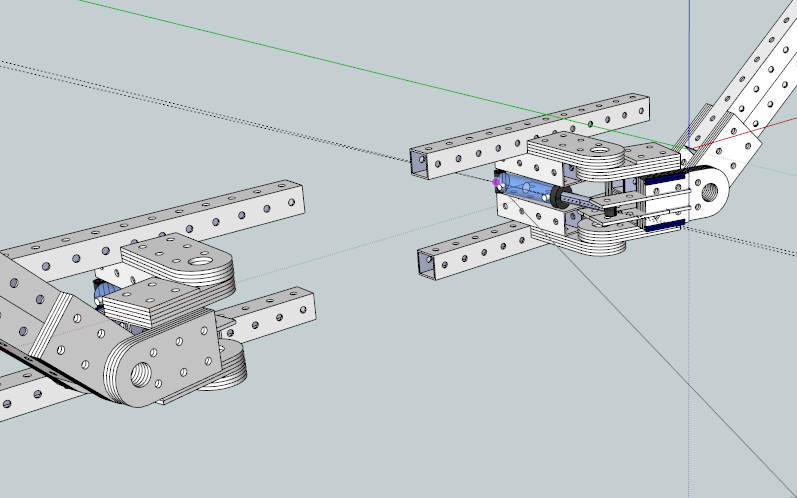 The pivot will use the 8" Cylinder for side to side rotation.