The Workshop is designed to be supported by columns built of CEB (Compressed Earth Block)which are constructed on a reinforced concrete pad. Instructions for preparing the site with adequate footings are on the Site Preparation Instructions page.

Concrete forms and rebar reinforcing assemblies can be built well ahead of need whenever volunteers are available.

The following step-by-step instructions are provided for building the forms and the reinforcing rebar assemblies.

Shonda: what radius should the rebar corners be bent to? (answer, also Shonda: I used 2 inchaes of matirial between vice and bending pipe, which gave me the same side length after bending as before (if I wanted a side 19" long then I marked at 19" positioned the bend pipe at 19" and clamped at 17", then end result was a 19" side with a 1 1/2 to 2" radius.))

Once the forms and rebar assemblies are built and the foundation stone is in place, the string site plan lay-out must be modified to show exact form locations. Note that the strings were previously marking 4'x4' pad foundation holes. They are now marking 3'x3' form locations. 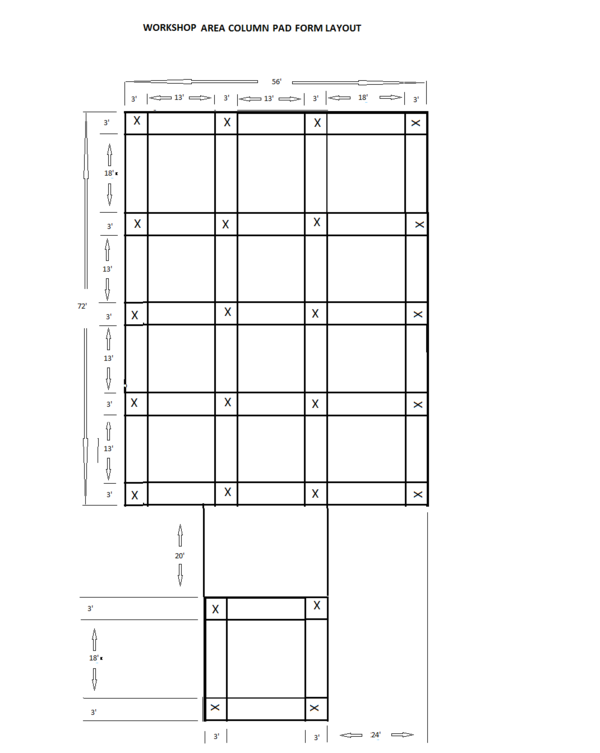 Now the forms can be placed and prepared for pouring the concrete.