Building Your Own Dairy Milking Unit 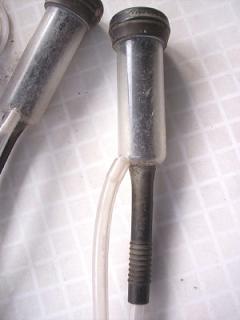 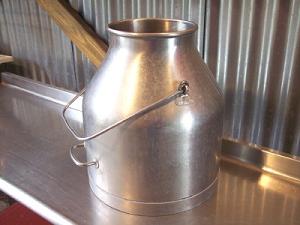 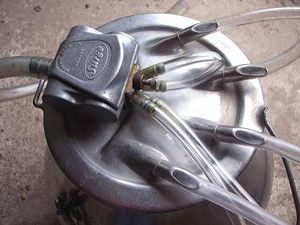 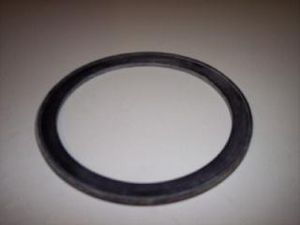 Wanted: List of expenses for prototyping and documenting GVCSTool

Wanted: Peer reviews from the scientific community regarding the R&D of GVCSTool

During the rest phase, air at normal atmospheric pressure,enters between the shell and inflation. Due to the partial vacuum inside the inflation, the inflation collapses around the teat. The pressure of the collapsed inflation helps massage the teat, preventing congestion of blood and body fluids in the teat skin and tissue.

The number of times per minute that the pulsator alternates between the milking and rest phase is called the pulsation rate. Rates vary from about 40 to 80 pulsations per minute, depending upon the manufacturer. A rate between 50 to 60 is recommended.

The ratio of time the inflation is in the milking phase to the time it is in the rest phase is called the pulsation ratio. Ratios vary by manufacturer, from 50:50 to about 70:30. Cows will usually milk slightly faster with a wider ratio. However, the longer milk phase and shorter rest phase may cause teat end trauma and damage if the milking equipment is not working properly and good milking practices are not followed. Ratios closer to 60:40 are less likely to contribute to problem situations.

The closing patterns of the inflations varies by manufacturer. Some have all four inflations of a claw closing at once (simultaneous), while others have an alternating pattern (only two inflations close at a time). The alternating pattern results in less claw flooding in units with a small claw. In units with larger claws that do not flood, alternating pulsation is not as important. Claw flooding (filling) is not desired, for it causes vacuum fluctuation at the teat end. This, in turn, can result in teat end injury and the back flushing of milk into the teat. The introduction of mastitis causing organisms into the udder can occur in such a situation.

Pulsators are controlled either by electricity or air (pneumatically) or a combination of the two. Electrically controlled units are preferred because of their more consistent action. Pneumatically operated units are more unreliable and require more maintenance. It is recommended that when four or more units are being used, the electric pulsators be wired on two or more circuits to prevent them from being in the same phase. This can help prevent cyclic vacuum fluctuations on the pulsator line.

A new type of milking unit from New Zealand has the pulsator mounted directly on top of the claw. It operates by vacuum and not by air or electricity. At this time, research studies evaluating the units are lacking. 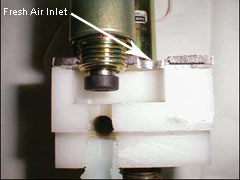 The easy part of what we could build is the control electronics. Having 4 channels that alternative on/off according to a certain rhythm in order to switch on/off 4 electronic things is super-easy. In fact it's what is being used for the CEB Press. The tough part is making the actual things that are supposed to switch on and off.

Looks like the switch parts are just 2 solenoids, 2 plungers, a frame, and 2 ports. One plunger for vacuum and one plunger for air. The vacuum plunger-frame interface might be a bit tricky to get right but overall looks quite doable.