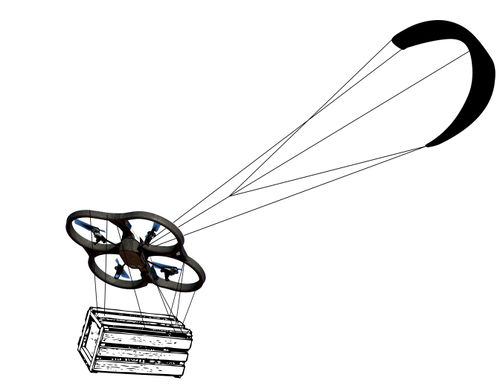 Basic idea of DroneKite (not a design sketch!). Combination of drone and kite to carry cargo.

The idea is to combine an aerial drone with a dispatchable or fixed kite/sail for long-distance, low-energy transport. You read it here first - this has never been previously proposed anywhere. The drone with cargo takes off from the ground (or a tower). It then deploys its kite once it reaches a certain altitude. The high-altitude wind (jet stream) then allows for long-distance sailing, possibly over thousands of kilometers. Near the destination, the drone motors take over again and navigate the vehicle safely to the ground. The kite can then be stowed for the next deployment. Some variations on this theme are captured in the design sketches below. 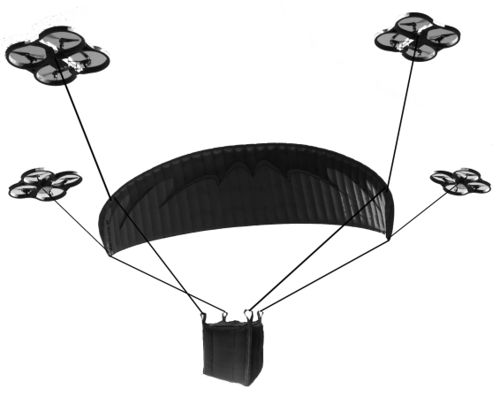 Sketch 1: Concept with foil kite and four drones for better navigation and power. Once in the air, the drones retract closer to the kite but still help with navigating. The cargo is contained in an FIBC as a safety feature (see above). 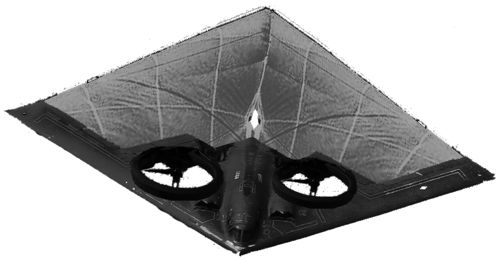 Sketch 2: Glider (sail plane) that is launched with a winch from the ground. It has two powerful motors built into the solid wings. A large sail (shown in grey here) can be deployed when at altitude. Cargo is located in the center. This vehicle obviously requires a runway for start and landing. It could be built cheaply out of stamped metal and wood, similar to the WW2-era Horten Ho 229 fighter/bomber. 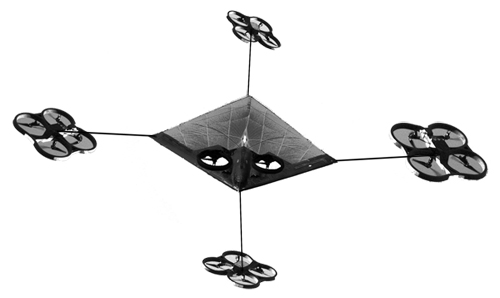 Sketch 3: Combination of elements from sketch 1 and 2: glider with four additional attached drones that assist with the launch but detach once airborne and autonomously return to the ground. No runway is needed for take-off, only for landing. Good for diffuse resources (e.g. biomass) that need to be transported to a central facility. 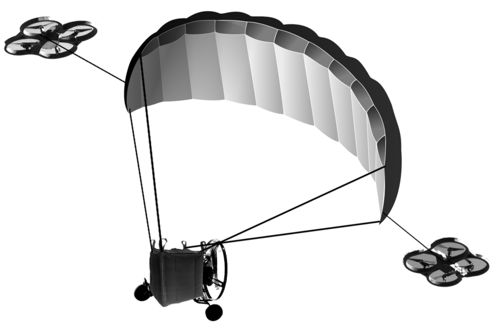 Sketch 4: Similar to a powered paraglider: a large paramotor is attached to the cargo bag, which sits on a light carriage. Runway requirements are reduced. Drones for navigation and attitude control. 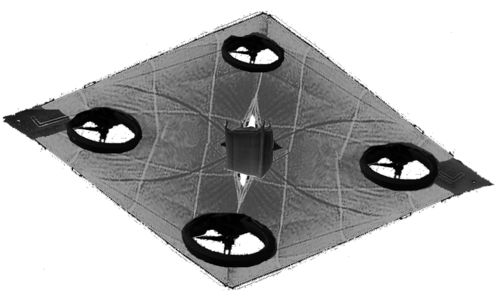