We are glad to share a few announcements - for the first time now using our own email server - with phpList open source email software.

To review a little. The OSE concept was formulated in 2003, and we started with a land-based facility to explore starting civilization from scratch in the middle of nowhere, Missouri, in 2006. In 2011 I gave the TED Talk on the Global Village Construction Set - and now we are 33% done: 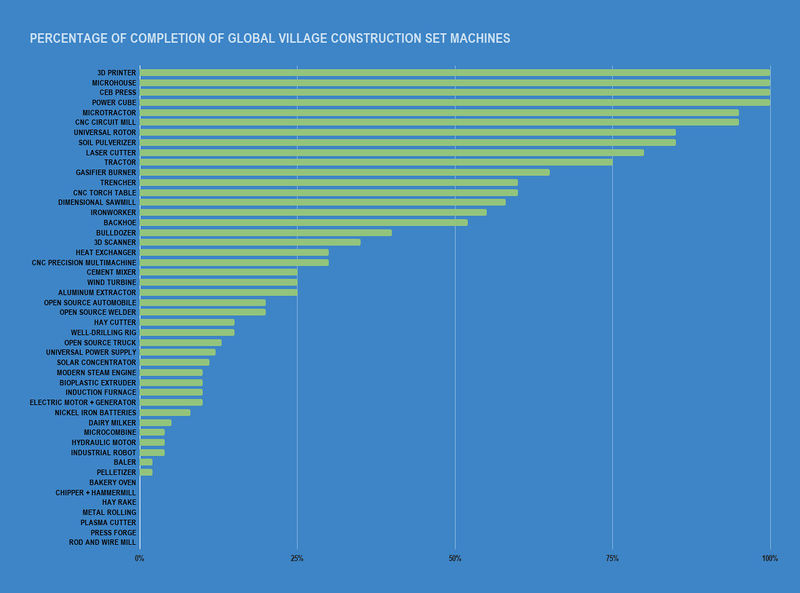 You can trace our blog posts since 2007 on the front page of our website - starting with the building of an outhouse. It is interesting to take a look at videos from each year since 2008 - on our videos page.

We started the True Fans support in 2009. Consider subscribing here if you would like to support this work with a small donation each month. We only have about 40 True Fans right now - from a peak of [about 400 in 2013. We added program revenue to our funding mix - by running public workshops beginning in 2014.

Continuing on the big perspective issues - I'm retiring for the second time now to write a book. My first retirement was from a plasma physics in 2003. We haven't yet got a title for the book. All I know is that it will be a good mid-point battle cry to finish the Global Village Construction Set by 2028. We am aiming to publish the book in 2020, after which I would like to go on a world tour like Mark Twain.

I'm in it for the long term. If we are done in 2028, then we can replicate OSE Campuses far and wide, as points of light for inspiring their respective communities. Our latest thoughts on the OSE Compus model are that it will be a research and education campus - a mix of eco-industrial park and a university - where real, regenerative life happens. I mentioned 2 hours of work per day to attain a modern standard of living in the Open Source Philosophy video. Yes, indeed that will be part of the design. Can it be achieved? It's a question of eterprise skill and innovation.

In 2028, just FYI, we plan to switch full time to work on human self-determination - which is a natural extension of eradicating artificial scarcity. In 2038 our work will probably shift to reforming economic and political systems. By 2048, we would like to move on to the health system, as open collaboration becomes mainstream and people no longer get sick. So we may not have much work left there. By that time I'll be nearing 80, so I hope I will be close to my prime. There may be other work left.

In the meantime, one major gap remains in our work. Nobody has yet shown the unambiguous power of open development when it comes to open hardware products changing entire industries. In truth, the open source 3D printer has shown this already, but nobody noticed. And large numbers of distributed 3D printer enterprises have not really been created to show the potential of distributive economics. Re-distributive economics are alive and well - but Distributive Enterprise is rare to nonexistent.

Our cunning plan is to change this by next year. We are planning to run a HeroX incentive challenge to produce a professional-grade, open source, 3D printed cordless drill. As a world's first distributive enterprise where the stated goal of the challenge is to put 100 people into business producing such drills in their own community - by 2021. What does it take to do this? 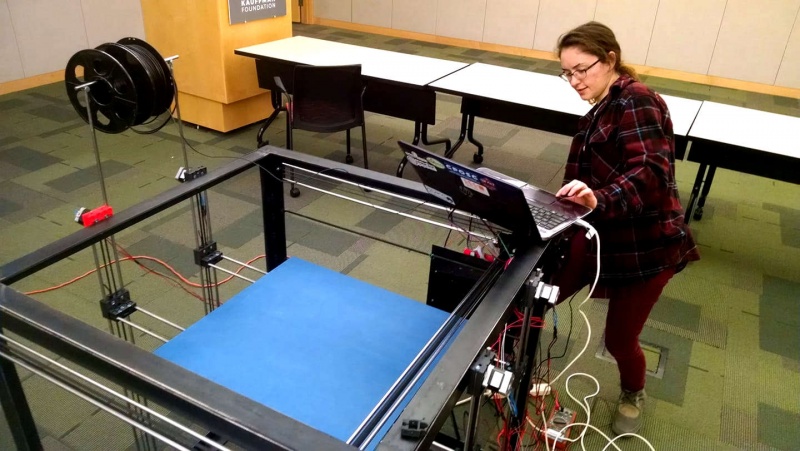 In the meantime, we are running more workshops. The next one is a little different. Ever have an idea and not know what to do with it? Ever wish you could build something to solve a problem that no one else has solved? But you did not know where to start? Well, you are 9 days away from being able to do that. In our upcoming 9-day Open Source Microfactory STEAM Camp, you'll learn how to build a 3D printer, you will learn the basic principles of design, and you'll be able to turn your ideas into prototypes, so you can turn your prototypes into a business. We will teach you the basic language of design for all types of machines - focusing on design knowledge spanning many fields - so you can apply these skills to shape the world that you would like to build. You will learn by doing. Check it out and pass this on to your friends.