Stepper motors are the simplest drive for moderate precision motion control applications (such as CNC plasma cutting). They provide the best price:performace for low to moderate mechanical power (<200W) at low to moderate RPM (<500 RPM). There is no open source stepper driver, AFAIK. This project will fill that need. There are many L297 + L298 based circuits (2.5A 50V). L297 is cheap (~1.5$) but can do only full and half steps. Early repraps used L297+L298 controller. If put more money can use microcontroller like pic16F877 and that route can be cheaper if need six ore more axles. AD pin shortage usually renders microcontroller and steppers out, because every steppermotor needs two AD pin for current sense. But microcontroller can handle multiple brush motors with encoders, like some cheap handdrills. That way generate cheap and powerful route to produce multiple axles in EMC controlled robot arm etc.

The output of this project will be a family of general purpose electronic drivers for a variety of electromechanical actuators. The first of them will be a stepper motor driver http://reprap.org/wiki/Stepper_Motor_Driver_1.1. With the appropriate alternative firmware (embedded software) the same hardware might be used as a servo driver for a brush-DC servo. With a modified output stage we could drive brushless DC or AC servos, or linear motors.

Adaptability is good. Software is usually easier than hardware. Microprocessors are cheap. Simple circuits are better than complicated ones (other things being equal).

We keep the circuit simple and general, and we implement the control algorithm in software. We can tweak it most easily that way, and even replace it with something totally different.

This design should give good performance, excellent versatility, good replicability, and moderate cost.

If want use EMC (capable of nine axles actuators, like robot arm, easy and ready) it need direct connection to encoders and motor pwm/dir or step/dir level. It don't need complicated drivers/boards, only simple dir/step or dir/pwm board one per motor. EMC take G-code input and is 100% software in easy enviroment (pc-linux). 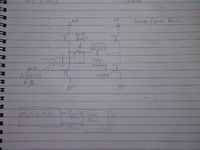 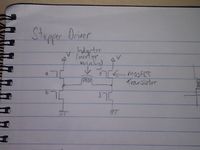 An H-bridge allows the voltage to be applied to the load (to motor winding) in either direction. 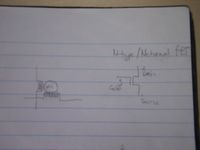 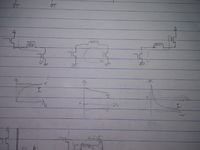 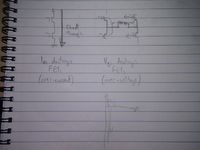 Shoot-through occurs when both transistors on one side of the H are turned on at the same time. It shorts the rails together and blows the transistors in a few us.

The overvoltage shown occurs when all the transistors are turned off simultaneously while current is flowing. Stopping the current near instantly creates a huge voltage spike. The same effect can occur if a motor lead comes loose while the driver is operating. 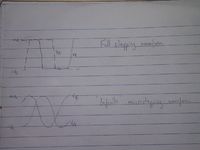 Contrast stepping with microstepping. The microstepping gives less vibration and smoother movement, and makes it possible to stop between the steps. 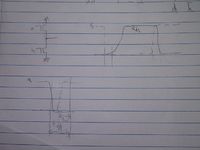 MOSFETS take some time to turn on and off. We need to take account of this for optimum performance (or even for to avoid the above failure modes?). See the MOSFET data sheet for exact timings.

This design offers a higher power version (up to 75 amps) of a stepper motor controller, and addresses the feedback loop:

That is only part of a driver circuit. The current sense circuit is not shown and it looks like the firmware will have to do the sequencing, current control and microstepping. The LM5101 is not recommended for new designs.

There are more modern chips that you just add external FETs and sense resistors to get a complete microstepping chopper driver. For example: http://www.allegromicro.com/en/Products/Part_Numbers/3986/index.asp (part deprecated in favor of http://www.allegromicro.com/en/Products/Motor-Driver-And-Interface-ICs/Bipolar-Stepper-Motor-Drivers/A4989.aspx ).