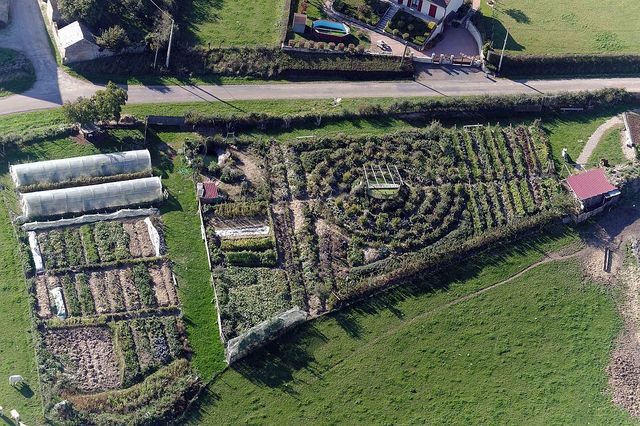 The term related to either "Permanent Agriculture" or "Permanent Culture". Permaculture is a systems thinking design model focusing on sustainable and regenerative systems. It considers ecological theory informed by the lifestyles of indigenous cultures as well as modern technological advancements. Permaculture ranges a diverse field of design methods, anything from perennial-based agricultural systems, to the homestead, to individual or community structures.

The majority of permaculture design is considered within the framework of 'zones'. David Holmgren [2] has also theorized a series of 'meta-zones' in which he describes spheres of influence. In this meta-zone system, Zone 0 represents a person's core, their self, whereby energy inputted for change has a high likelihood of impact or result. This series of meta-zones ends at the global level; at the global level one is less likely to experience any form of direct impact.

Permaculture is considered a unique design system because of its core values and principles. While it was once considered a fringe movement of alternative culture, permaculture is now seen as an intelligent, informed, and truly important body of study:

"What permaculturists are doing is the most important activity that any group is doing on the planet. We don't know what details of a truly sustainable future are going to be like, but we need options, we need people experimenting in all kinds of ways and permaculturists are one of the critical gangs that are doing that."

There is a growing movement dealing with Open Source Permaculture, in which all the agricultural information and genetic resources are shared. 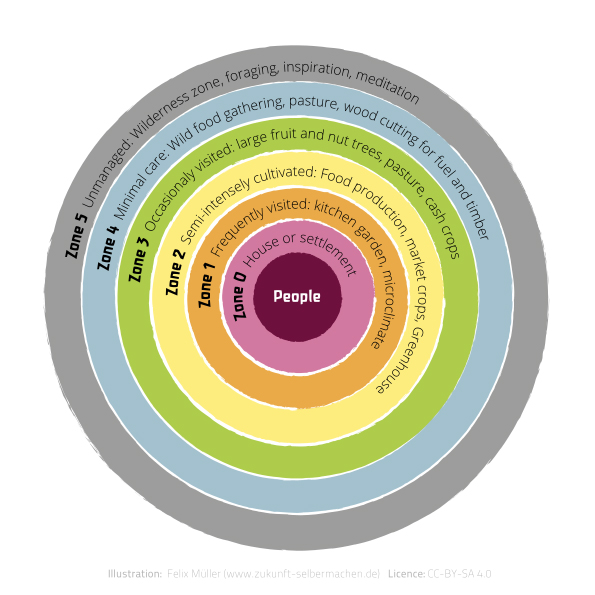 Zoning is an important part of permaculture design. It helps to arrange all elements in a system by the level of care needed and their interrelations. In a well designed system the user has to put very little effort into maintenance.

Permaculture Zones (from Wikipedia) are a way of organizing design elements in a human environment on the basis of the frequency of human use and plant or animal needs. Frequently manipulated or harvested elements of the design are located close to the house in zones 1 and 2. Less frequently used or manipulated elements, and elements that benefit from isolation (such as wild species) are farther away. Zones are about positioning things appropriately. Zones are numbered from 0 to 5:[citation needed]