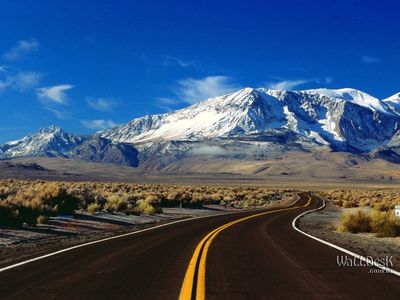 A road is a thoroughfare, route, or way on land between two places, which typically has been paved or otherwise improved to allow travel by some conveyance, including a horse, cart, or motor vehicle. Roads consist of one, or sometimes two, roadways (British English: carriageways) each with one or more lanes and also any associated sidewalks and tree lawns. Roads that are available for use by the public may be referred to as public roads or highways.

According to the Federal Highway Administration 2008 statistics, there are 2,734,102 miles of paved public roads in the United Sates, with an additional 1,324,245 miles of unpaved public roads. Of these, about 50k miles are interstate highways.

For the highways, there are about 264 acres covered per mile of road (see Acreage of Highways. For the total length of roads in the USA, that is about 13M acres. The total land mass of the usa is about 2.4 billion acres. Thus, highways are 0.5% of the land mass of the USA.