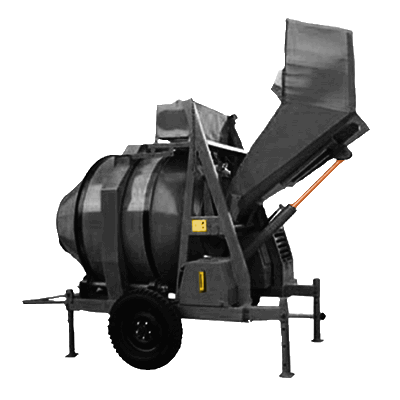 A Cement Mixer (also commonly named a concrete mixer) is a device that homogeneously combines cement, aggregate such as sand or gravel, and water to form concrete. [1]

A concrete mixer (also commonly called a cement mixer) is a device used to automate the preparation of cement by mixing it with other aggregates such as sand or gravel and water to form concrete. A typical concrete mixer uses a revolving drum in which the components are automatically mixed. The resulting mix is used as on of the most important elements on construction.

Concrete is used more than any other man-made material in the world. As a part of the GVCS, it unlocks a range of building techniques and methods, depending on characteristics of the environment and type of structure to be built.

The concrete mixer is currently in development and is undergoing CAD stages of design. It is considered a priority for the 2011 Infrastructure Buildout, as a part of the GVCS Rollout