The "Second Paradox" refers to the Strategy of delaying decisions, as discussed in an article at MITSolan Management Review (signup/pay-wall) [1]. It is about delaying decisions by evaluating sets of prototypes. It involves excessive prototyping.

For open source product development, modular breakdown and concurrent engineering are key. Mix in a dash of the Second Toyota Paradox - and we have the most rapid and efficient development method.

Set-Based Concurrent Engineering refers to a deliberate effort to define, communicate about, and explore sets of possible solutions, rather than modifying a point solution — and, in some cases, these sets may be deliberately more constrained than common industry practice. More constrained that common industry practice means adherence to the 60 elements of OSE Specifications.

This practice is consistent with Open Organizations, where constant external feedback drives improvement.

The Paradox is particularly interesting to OSE because it is the essence of involving large teams. In fact, this is what allows the scaling the design process without limits - as part of a larger process involving Modular Design and a Construction Set Approach. This promotes Distributed Market Substitution as a natural outcome, and is well suited to gathering large teams for Solving Pressing World Issues.

By allowing large numbers of independent prototypes to be created, this paradigm allows for as many people to participate as needed. There is no specific limit to the number of people that can participate - it can be thousands or millions for any single product - while allowing project tracking to occur at the same time - without bottlenecks. The key is modularization and Contract-First Design 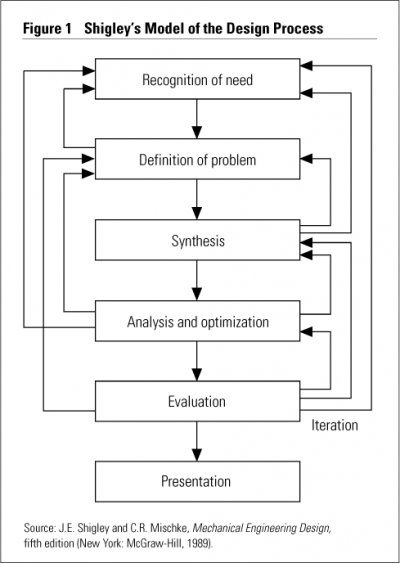 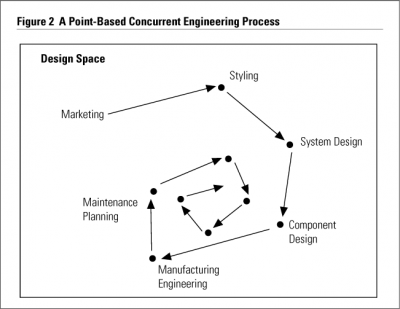 Hint: Yes! This looks better and reflects what we want to do at OSE.

Interestingly, authors conclude that Toyota's set-based concurrent engineering is not for everyone - it requires more judgment and skill. Whille they do not reject American efforts of Concurrent Engineering (CE), they conclude that Toyota's method is superior - in a politely-phrased conclusion: We believe these CE approaches will inevitably move companies in the direction of set-based concurrent engineering. This is similar to the inevitability of open source hardware as the new paradigm of physical production.

While open source hardware will be co-opted just like software was - the current question remains: how do we transition from competitive to collaborative in the economy? Open hardware is an insufficient prerequisite. OSE believes that the transformation comes from a cultural shift to a collaborative mindset - collaborative design for a transparent and inclusive economy of abundance.

Related: Paper on 3 Paradoxes of the Toyota Production System (TPS)