Because of the size of the valves and valve springs, the valve cover is quite thick along the engine center line axis. Eventually, this part should be molded in cast iron. To simplify initial fabrication, the valve cover is built up from the three pieces of metal, welded together.

The design here is slightly different than earlier versions. Previously, a separate mounting bracket was used and is now merged into this element. Also, a flange around the end was eliminated for simplicity. If needed to make a better seal for the steam cabinet, it can be restored.

The valve cover consists of three sub-parts welded together as shown in the drawing (not to scale) above: 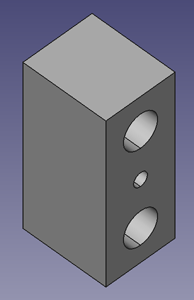 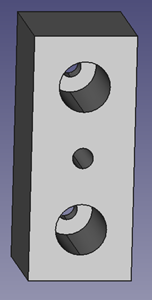 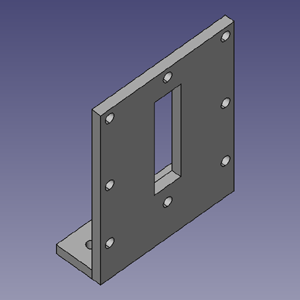 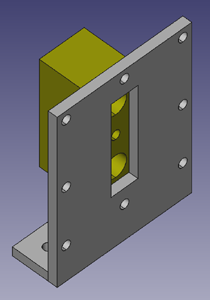 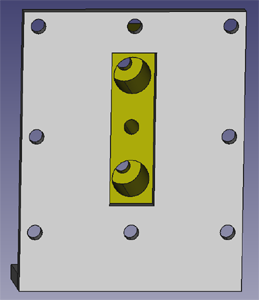 Click on the image to see the drawings full size. 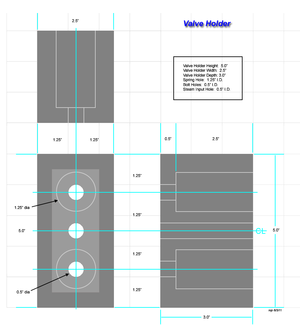 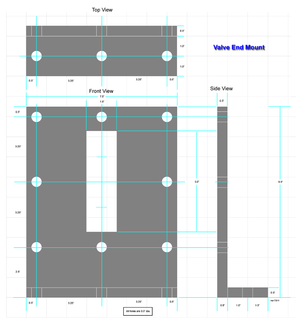 Welds attaching the block to the plate are critical because they must be absolutely air-tight or steam will escape. Worse, superheated steam will erode steel if it flows through a narrow channel (leak). The best way to test this to fabricate the cylinder valve seat (see Steam Engine Build/Cylinder Valve Seats, but omit milling of the valve seats. This allows the cap to be bolted to the valve cover plate with only the steam vent drilled.

The steam vent can then be used to pressurize the steam chest (gap between the valve cover and the cylinder end cap). Soap brushed over the welds should reveal leaks. For additional testing, immerse the test assembly into a pan of oil and repeat the pressure test looking for bubbles formed. Assuming a source of air pressure equal to estimated steam pressure (150psi), this will verify steam-tight welds.