From Open Source Ecology
Jump to: navigation, search
See Chris Reinhart Log - which shows the evolution of the design and build process 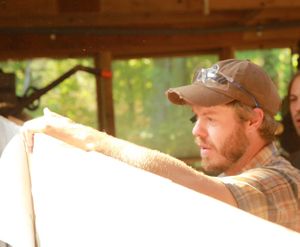 Chris is a designer, builder, and educator who specializes in socially and environmentally responsible projects. His diverse collection of professional experiences over the past decade and a half give him a unique perspective that merges visionary and pragmatic approaches. His work has been featured in natural building journals and books, and he has spoken extensively around Indiana on natural building. After a decade-long sabbatical from academia to explore hands-on work (see resume below for details), he graduated summa cum laude from Ball State University where the Indiana Architectural Foundation honored him with four Pinnacles of Excellence awards for his design/build and research work. He was also a 2009 Byron Fellow for "leadership and sustainable community development that uniquely engages participants through place-based learning," and a 2012 Udall Scholar, the nation's top honor for undergraduate environmental leaders. In addition, he was awarded Academic Honors in Writing and the American Institute of Architects Henry Adams Certificate. Chris lives with his twelve-year-old son in an experimental home of natural and salvaged materials in the rolling hills of southern Indiana, near Bloomington.

Resume, as Submitted to Marcin in Fall 2013 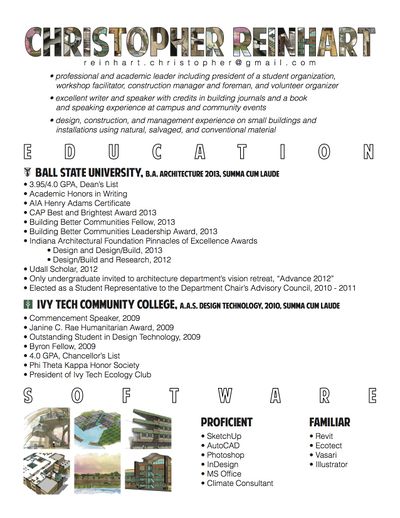 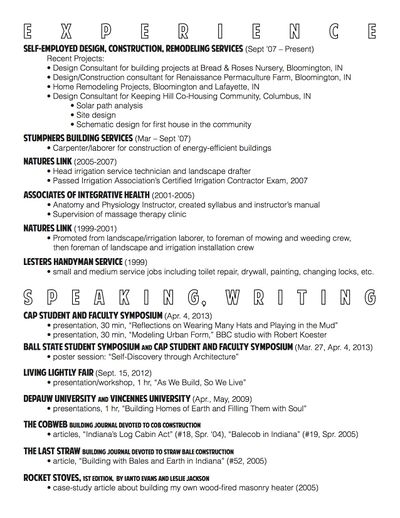 Chris' Own Home in Southern Indiana

Chris' own home was one of the first half-dozen buildings in the world to experiment with the hybrid load-bearing wall system known as bale-cob. He learned the from natural building grandfather Ianto Evans, and his case study of exploring the technique appeared directly after Ianto's first-published article describing the technique. He has continued to add onto his bale-cob home, exploring other natural and salvage building materials. 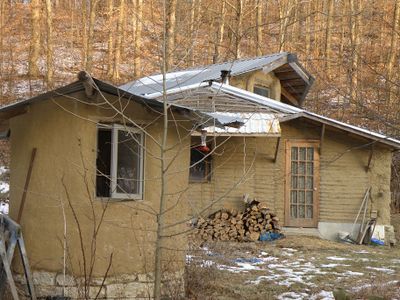 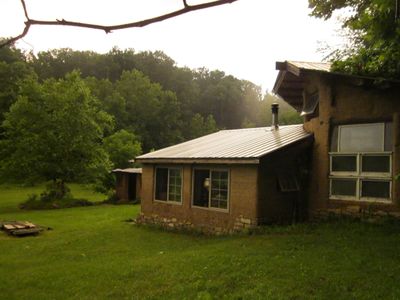 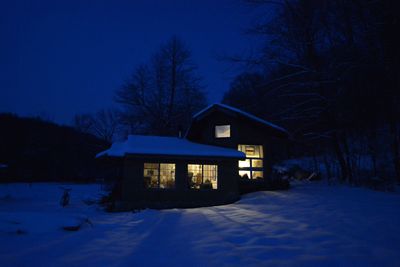 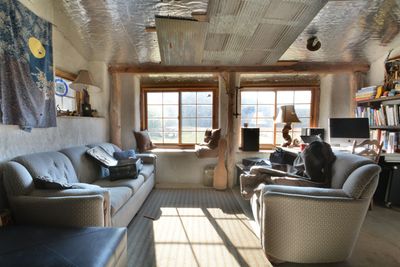 A Few of Chris' Other Projects

I served as a co-designer, construction manager, and foreman for this collection of small structures on Renaissance Permaculture Farm in Bloomington, Indiana. 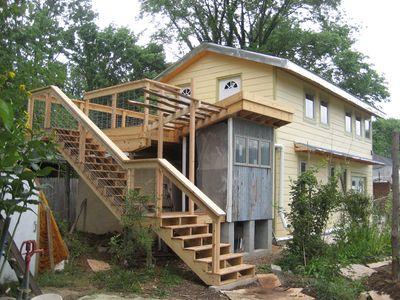 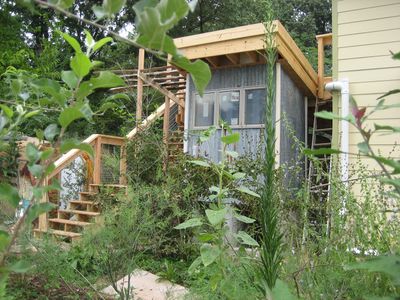 Working with John Motloch and other graduate and undergraduate students from Ball State University and University of Texas - El Paso, I led the deconstruction of a vernacular Brazilian timber-frame with wattle-and-daub infill walls. We stripped the building down to the frame and the platform for the owners to evaluate what to do next. I have heard that they re-roofed the structure and are using it as a camping platform. 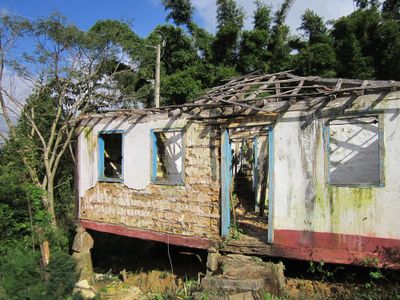 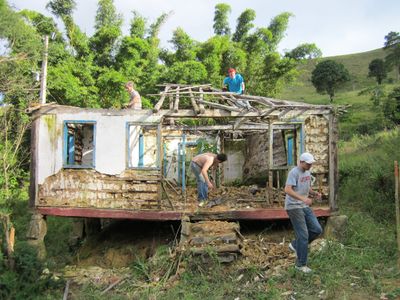 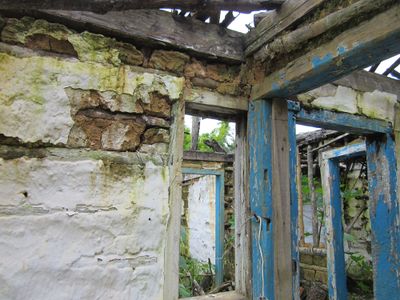 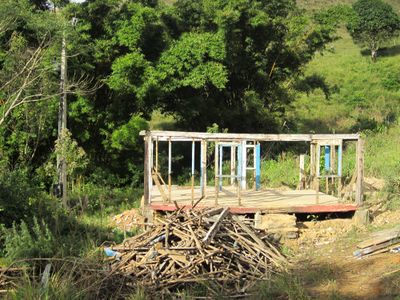 Concurrently, I also co-managed the infill with bamboo, salvaged brick, and cob-and-glass of a project that had been sitting half-finished for many months. 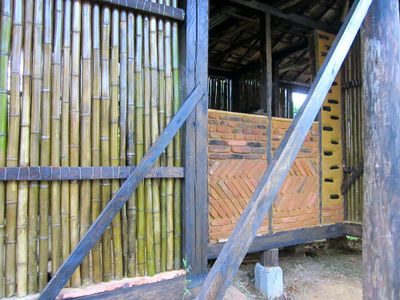 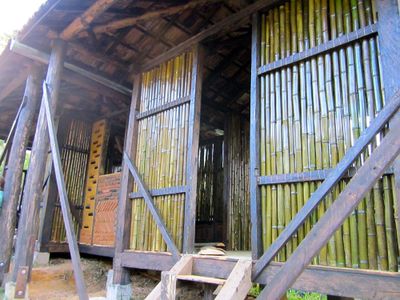 Professor John Motloch initially introduced me to Marcin. He recommended I watch Marcin's TED video and told me that Marcin was looking to hire a designer and construction manager for the build of a tiny home.

I am very interested to hear your ideas and plans for the upcoming design/build. I watched your TED talk, and I find the work that you are doing to be inspiring and empowering. Having lived most of my life in the country and working for many years in various construction jobs, I am no stranger to the entropic nature of machines and the expense and frustration that accompanies it. I have many times said to friends, "I wish someone would come out with a machine that I can easily repair myself!" And now I find out it's even better than that - I can build it myself, too!

I'm not sure how much John or Scott mentioned about the work that I do. I have several photo albums on my facebook page that document some of my work - most of those pictures are older. I have recently begun a separate page for my natural building explorations and experiments - Baby Creek Natural Building Resource Center. I think this link should get you there: https://www.facebook.com/BabyCreekCenter?ref=hl

I look forward to learning more about your work and to hearing your vision for the desgin/build.