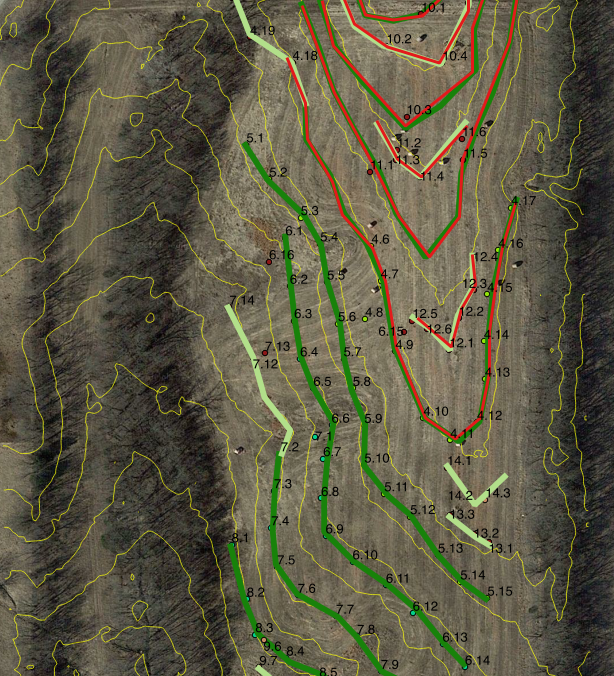 Shaft and bearings in FreeCAD for flail mower.

Progress on Microtrac FreeCAD. Reaching limits of processing power, need to consolidate parts. Note: not an issue in the current form - crisp and fast on Ubuntu 15.10 and Dell Precision M6500 Core i7.

Updated Incubator Doc. Contacted Khairul Alam about his humidfier, asking about keeping the atomizer stable. Contact was through hackster.io website.

I've been working on the motor assembly for the automated shelf turner in the incubator. I downloaded STEP files of a stepper motor, motor mount, and coupler from McMaster Carr, as well as RAMPS and Arduino STEP files from GRABCAD. So far I haven't been successful in working with these files.

Firstly, the RAMPS and Arduino models are so big and with so many parts that the software can't handle them. Even small operations like moving in the Draft workbench will cause the system to freeze for several minutes, often forcing me to force quit the program. When I try to fuse all the parts of these models to make them lighter, it's too much for the system. Eventually managed to fuse them by fusing two parts at a time, then making fusions of the fusions, but each time the process took several minutes, and the resulting object was still too complex for the system to handle. Is there a tool in FreeCAD that will let me quickly simplify these shapes while keeping the basic external geometry?

Secondly, the STEP files downloaded from McMaster Carr are apparently not solids. Although they're relatively simple shapes, they're still too much for the system, forcing long waits for any operation. In trying to fuse them, sometimes it will tell me that I can't fuse non-solids, and will make parts disappear when I try (each attempted fusion taking upwards of 20 minutes). Other times it won't give me that error message, but still makes parts disappear or just crashes the system after a long wait. I've tried using the Part Shapebuilder to turn them into solids, but nothing seems to happen and there's no documentation for this tool. How to convert these shapes into solids?

The compressed folder of all the FreeCAD files for the project is now too big to upload to the wiki: here is a folder with just the motor assembly files, and here is the latest version of the cabinet.

FreeCAD problem: how to constrain an entire assembly so it can rotate around a specified axis a set number of degrees in each direction. See PVCshelf.FCStd in Incubator CAD - how to get the whole assembly to rotate around the pvc pipe that runs along the x axis, 40 degrees from horizontal in both directions?

Visited Whitesville Sawmill (Willie Mautino 816 526 2048). They usually have plenty of bark and sawdust for pickup. $10 per bucket load (one bucket load will fill a pick-up truck). They'd just been cleared out when I got there, but should have plenty next week.

Visited Subway to ask about food waste, they said they almost never have any except a few loaves of bread now and then. Asked at Dungy's about out-of-date food, they said to come back and ask for Robin.

Waste comes in plastic garbage cans with no lids. Contents bulge above top of bins.

We can take as much or as little as we like. Taking the entrails bins saves him some money, the other bins he doesn't have to pay for removal.

He composts some of the waste along with hay and manure. Without grinding, the guts are gone after about a week and the bones after about two weeks.

Got a call back from Sydney at Clay County Health Dept. We can't sell poultry slaughtered on-farm in Clay Co (Liberty and Gladstone Farmers Markets), but we should be OK for bread. She's checking on direct sales of poultry and will get back to me.

Called Sunset Home (816 449 2158) about picking up food scraps. Linda manages the kitchen, she sent me up the chain of command to Deloris (administrator), who said I should call back on Wednesday to talk to her boss.

Called Bristol Manor Maysville Senior Home (816 449 2741) about food scraps, they took my number and said Connie will call me back. Sounded suspicious about my out-of-town number, maybe drop by in person.

Called Hamilton Lumber Co (816 583 2420) about picking up sawdust, they said they only have about 1 trash bag full every two or three weeks.

Called Ninja Moose Brewery in Hamilton about picking up spent grains, they already have an arrangement.

Researching legal issues. There is a cottage food law that may apply.

Doug at Sweiger recommended Jeff at Huffaker Farms for baling, but doesn't think anyone will do it in winter. Left voicemail with Huffaker.

Clean up outside Hablab and in storage room, tools back to workshop, barrel burn.

Add trim on East side of Hablab

Pick up milk and manure

Cleared out fridge from workshop.

Prep and depart for Great Nutspedition of 2015.

Drop off Stefania at airport.

Picked up screws at Menards.

Dropped off Ethan at airport. R&R.

Started on back of Hablab.

Left voicemail with Teddy Pankau about picking up manure and milk.

Assembled and bent out last idler for bulldozer.

Siding on Hablab with Stefania.

Picked up Stefania from airport.

Fixed RH shower in Hablab (blocked head). Checked out LH shower, which is reversed; some more pex tubing and cinch clamps needed to fix it.

Picked up pickup from M&R.

Loosened tree guard mesh where it was digging into bark on one tree, still needed on many others.

Siding with Gary, Chris and Squires

Pick up steel at Shweiger

Pick up workshop participants at airport and train station

Walk-through of Hablab exterior with Gary