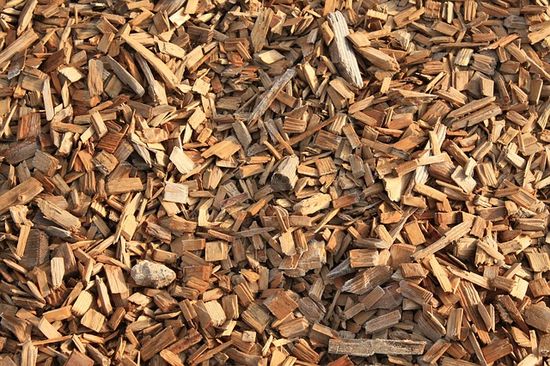 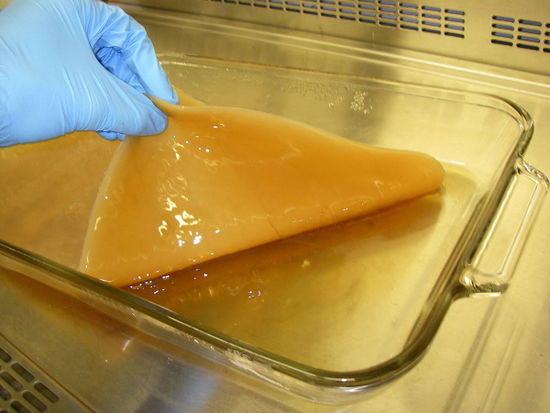 Straw - an abundant and inexpensive source of cellulose.

Cellulose is B,1-4 glycosidic linked glucoses most notably produced by plants as a structural material. Cellulose is useful to humans as a digestive and material fiber. Additionally cellulose can be extracted and polymerized with different functional groups as a bioplastic. Cellulose beta linkages are very stable and formed by plants to be very difficult to break, but the glucose monomers yield large amounts of energy once released. Waste biomass is largely cellulose and its companion polymers lignin and hemicellulose.

Cellulose is one of the most abundant biomolecules on the planet and is produced in large quantities as a waste by agriculture. Agricultural waste at FeF could be refined for the cellulose and the characteristics of different biomass wastes need to be understood. Biomass waste from removal of high value products, such as sugar and lipids, may be a source that fits well with OSE product ecologies.

Bacterial cellulose (e.g. in Kombucha), as the name suggests is cellulose produced/grown by bacteria from a growing medium. It can be a useful material, and its derivation directly from bacteria cuts out the need to extract cellulose from other sources in what are fairly complicated processes (such as from wood or other plant matter).

Regenerated cellulose is highly purified cellulose that has all other biomass components removed. It is usually powdered and crystalline, and is sometimes known as microcrystalline cellulose (MCC). It is a bulk commodity with multiple uses, in an OSE context it may be composited with starch to form a biodegradable bioplastic.

Cellulose is a durable polymer and used by plants for structural roles. Cellulose can be regenerated to different forms from extracted form or acetylated to cellulose acetate.

[http://jpkc.dhu.edu.cn/xwkx/Publication/High%20IF%20publication%20on%20fiber/Cellulose---Fascinating%20Biopolymer%20and%20Sustainable%20Raw%20Material.pdf | Cellulose: Fascinating Biopolymer and Sustainable Raw Material] by Klemm (2005) reviews technology and techniques for cellulose from biomass. Cellulose has many uses as a polymer with different substitution groups including explosives, packaging, water absorbing materials, and membranes. The structure of cellulose is including crystallized and native states with a variety of configurations. Substitution reactions driven by breaking of crosslinking hydrogen bonds with base (NaOH). Solvents include LiCl in DMA, tetrabutylammonium fluoride trihydrate in DMSO (DMSO/TBAF), and cuprammonium hydroxide. Selective substitution of functional groups is an area of active research. Cellulose esters are important materials for membranes and films.