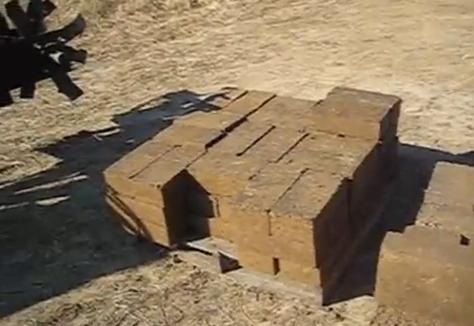 Fire them! (bricks pressed on The Liberator) 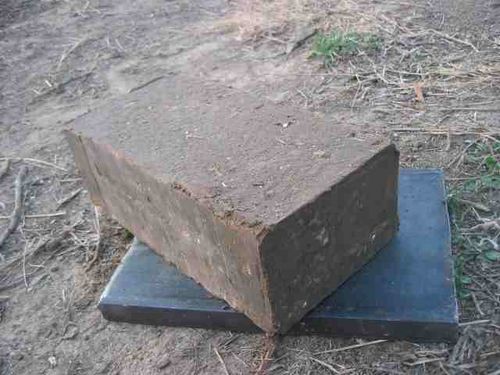 Idea: fire the CEB at low to medium temperatures for (maybe) added strength and durability.

This is a rather speculative idea but if workable, could potentially have very high impact. The idea is to fire a CEB but at lower temperatures than a typical fired brick. This could potentially achieve some of the properties of a proper fired brick (water resistance, stability, etc.).

A conventional fired brick typically requires temperatures of about 900-1000°C and therefore has high embodied energy, even when an efficient system such as the VSBK is used.

Now if a CEB is used instead of an uncompressed (i.e. “green”) brick, how would that affect the properties of the finished brick? And could the lower temperature achieve some of the same properties of a high-fired brick? Temperatures of about 500-600°C are available as “waste heat” from some thermal biomass processes, such as from biochar production.

A brief background search did not reveal whether this had been attempted. If possible, a system similar to the VSBK could be devised but would only have to conduct the heat, and not require an active fire inside the kiln. This could really simplify things. Such a system would have lower requirements for the lining of the kiln (firebricks). It would likely be somewhat cheaper. The largest benefit would be that waste heat could be used (co-production).