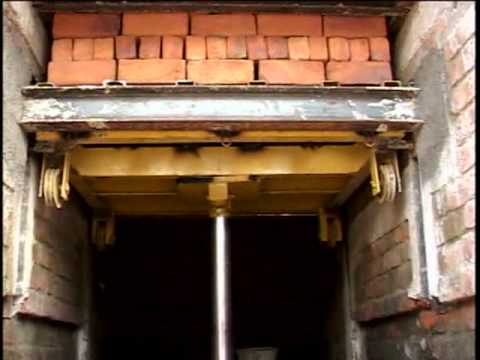 Origin: VSBK technology is not patented. Since its commercial, environmental and social development was financed by SDC (Swiss Agency for Development and Cooperation), this technology is considered open source. The concept was originally developed in China in the late 1960s during the cultural revolution. In some ways, its development parallels that of the Chinese Greenhouse: a rural, medium-scale technology that was later strongly supported by government and academia, leading to many small technical improvements and massive roll-out.

Principle: Updraft = heat is reused. This operating principle is similar to that of a vertical shaft lime kiln. Cold air entering at the bottom cools down the descending (fired) bricks, is then used for firing, then warms up the still-cold bricks on top of the stack. Bricks are loaded at the top and removed at ground level in a continuous process (see animation below for details).

Energy: Most energy efficient brick kiln there is. Combines low cost of updraft firing with high fuel economy. Said to be twice to three times as energy efficient as Hoffmann kiln. Energy consumption figures (China): 0.103 kg coal per brick or 975 MJ/kg per 1000 bricks. Usually fired with low-grade coal fines, but may be adapted to other fuels. Firing shaft is very well insulated on all four sides, minimizing heat loss.

Output: Each batch of bricks is made up of four layers, making a total of 320 bricks per batch. Many of these kilns put out 10,000-15,000 bricks per day (this figure may refer to a 2-shaft kiln). Quality is very high and brick wastage is very low when compared to other kilns, being only 2-5% in China. The firing process is completed in about 24-30h as the bricks move from top to bottom. One batch is removed at the bottom at a regular interval.

Versatility: Well suited for firing solid bricks. Works with hand-molded bricks or extruded bricks, even non-standard shapes as long as the stability of the stack is assured. It can also be used to fire bricks with perforations, but is not suitable for firing hollow bricks or thinner products like tiles (although attempts are being made in this direction).

Related Pages On This Wiki

The typical VSBK is coal-fired, mostly using low-quality coal fines. As shown in the (Vimeo) animation above, pieces of coal are scattered onto the bricks from the top. Since coal is a polluting and sometimes unavailable fuel, the proposal here is to develop a (carbon-negative) VSBK fired with pyrolysis gas (with biochar as a co-product). Some reports suggest that wood chips and crop waste can be used as fuel instead of coal fines, but it is not clear how that affects the whole process.