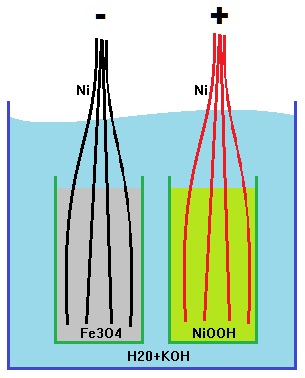 idea is to use powder contained in tubs. the walls will have a perforated mesh whos holes angle up and out so that the powder cannot escape. Nickel wires will be placed in the powder to conduct out of the cell. -Contact area is not optimal - that's why they use liquid electrolyte?-MJ

single cell separated by a grid. 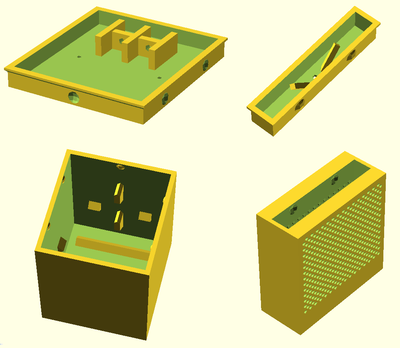 would liked to have an info for:

Need to find a battery analyzer.