I finished the task of updating this warehouse. The result includes the stock pivot plate, all plates with 1 1/8" diameter holes and both 1/4" and 1/2" thick tube profiles. This is the file File:Warehouse-Rounded-tubes-and-plates-big-holes.skp 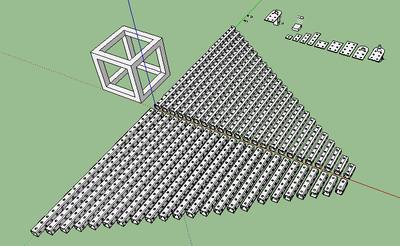 Tibor gave me a great tip for the tangent arcs: lines should be made before arcs in order to make them. So instead of doing the inner arcs first, do the lines.

Made a tutorial for using arrays in the tube construction. In this case from a 4" tube, we get a 40" in less than a minute. Then, all that's left is cleaning details.

Made a tutorial about making the round edge steel tubes.

Keep working on the round edge tubes. Here is the actual file with the 1/2" thick tubes. The 1/4" thick tubes are not ready yet. 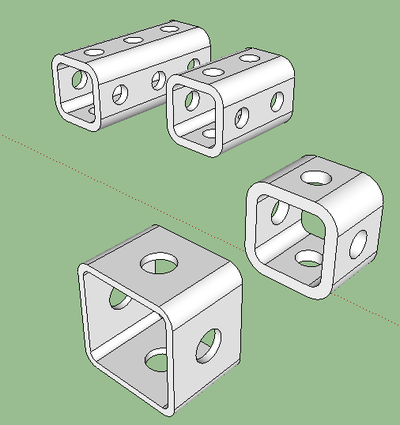 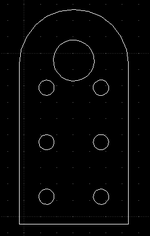 Working on the changes for the Stock Pivot Plate 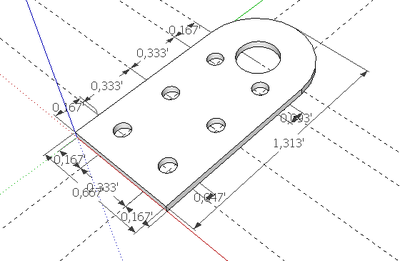 Great work! See Justin Log for tag team continuation. We have discussed using 1/4"x4"x4" square tube for the spokes so that we can make the wheel scalable by extending the length of the tubing. Justin is working on finishing the 3" hub to be a standalone module.

Wowwwww How big do you want to scale it?

Split collar. I'm not sure if this was what you were asking for. It's not easy to erase both disks to put the hub. 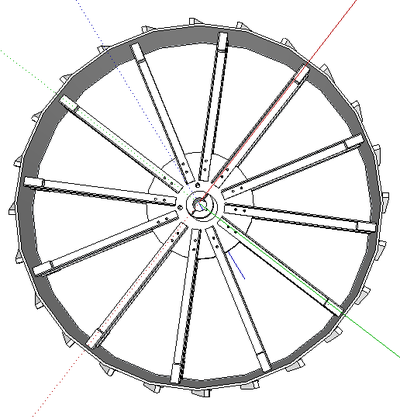 Monica: Should the collar be split on both sides as in 3_Inch_Wheel_Hub?

First came the 0,5" keyway in the hub 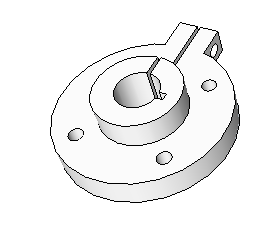 Then came the disks, with an external diameter of 2' and a thickness of 0,5". 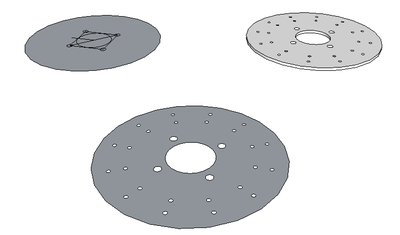 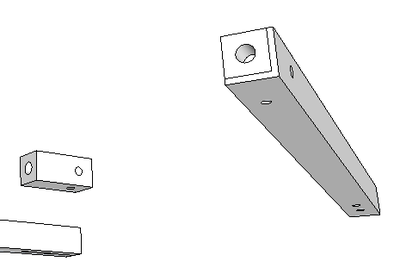 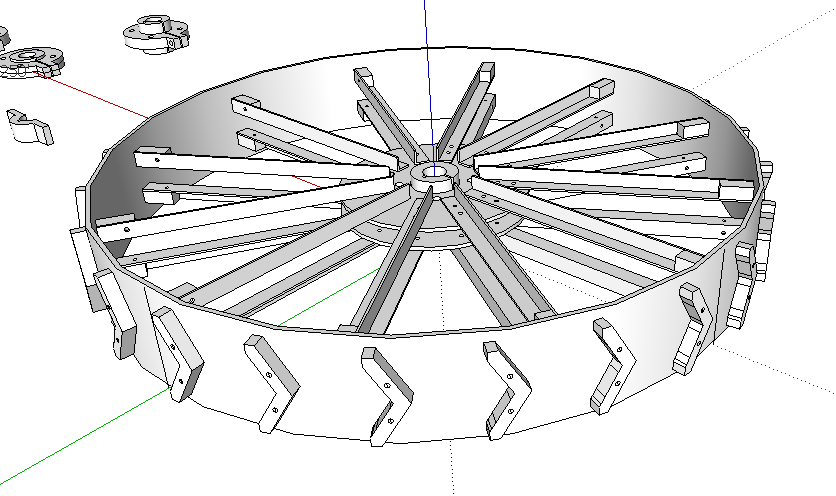 And here is the updated file. I'm not familiar with dimensions after making groups and all that. I'm lacking of bolts too. Here is the file. File:Wheel-0617.skp

Started building the wheel hub and disks to structure the wheel. The exterior disk of the hub is 12" and the smaller is 6". The hole, as expected is 3". 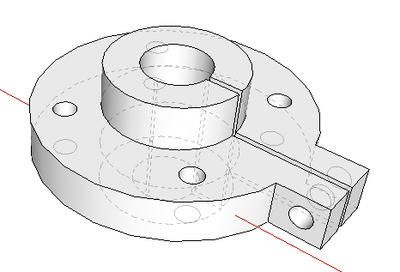 All the parts are in the same file. File:Wheel-0616.skp

The wheel itself has a 3 Inch Wheel Hub but no bearing. Bearings are part of wheel units in Cory Log for use in Bulldozer and Trucktor. .

Found a STEP CAD file of the FYR 3 SKF bearing that could be used.

I've been trying to import it too sketchup (in the right scale xD) without success. I'll continue in the morning. 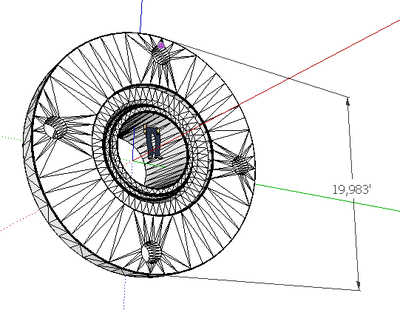 Monica has started on the large steel tractor wheel File:Wheel.skp

I think that 2 bolts (1/2") can be enough for the connection of the tracks. The thread could be inside the track or may be a parker bolt should be a better choice. I used a 40" pipe Sch XS (0,5" thickness) for the exterior of the wheel. Rubber should be put between that and the tracks.