Features of the GVCS technology base, and what it enables in a community.

For an updated version, see Key Features of the GVCS. 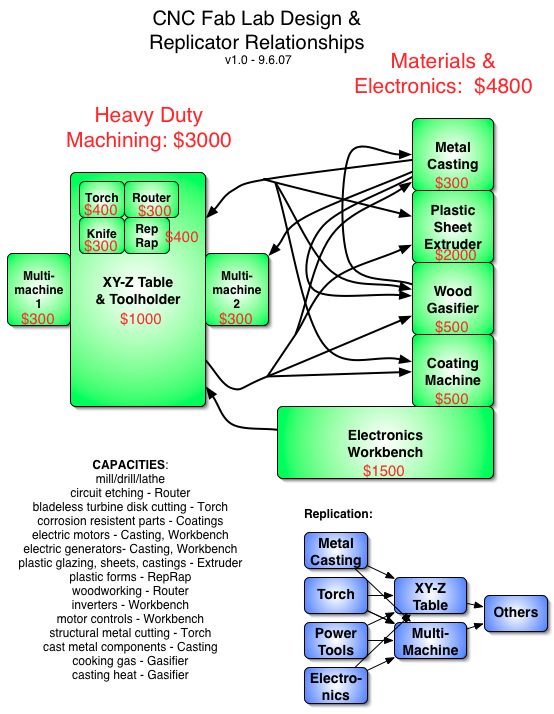 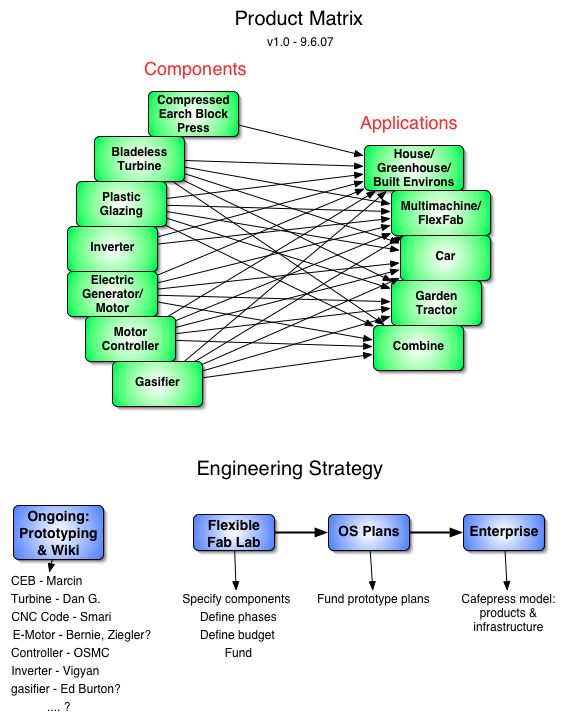 Imagine a village with buildings of dirt (CEB) with year-round greenhouses (sawmill, CEB, bioplastics from local trees), with all facility energy produced by a solar turbine, where people drive hybrid cars with car bodies (bioplastics) made from local weeds, with critical motors and metal structures (aluminum) extracted from on-site clay, which are fueled by alcohol produced on-site, on a wireless network linked to the greater world. That's just a sampling of the technology base. Food, energy, housing sufficiency. There are no poor among us - because we are all evolving human beings and farmer scientists.