Various types and kinds of valves used in steam engines are summarized here.

Placement of Exhaust Port Placement of the exhaust port in the cylinder wall vs. the fully extended position of the piston matters as it determine the amount of time that steam has to escape the chamber. If the distance is too short, steam will be compressed on the return stroke and thus reduce the amount of work done by the engine. 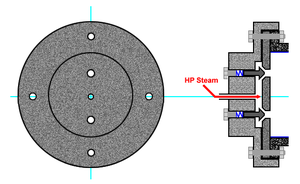 The bump valve is our primary candidate for the first prototype of the OS Steam Engine. Simplicity is in it's favor, but has also been shown to work successfully in other steam engines, particularly the White Cliffs steam engine (see Steam Engine Design/White Cliffs. 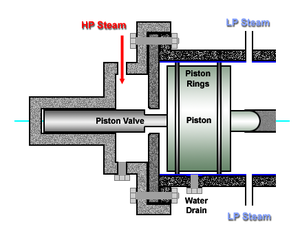 The piston valve eliminates the need for a spring to hold the valve against the valve seat when steam is not being let into the cylinder chamber. 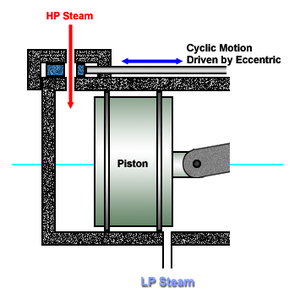 A popular valve used in many early and model steam engines.

Computer controlled solenoid valves allow complete control over steam admission into a cylinder. An earlier version of the Steam Engine Design/2009 was focused on using solenoids as the control mechanism. While OSE may return to that as a control technique, an open source solenoid needs to be designed and developed capable of handling steam pressures (200+ psi). 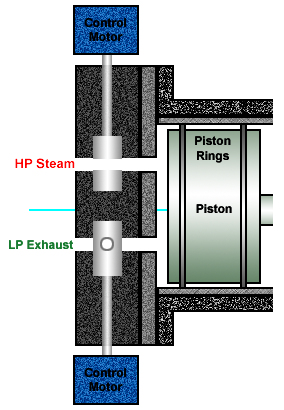 A rotating ball or cylinder controlled by a stepper motor that allows precise, computer control over when steam is admitted into the piston chamber.