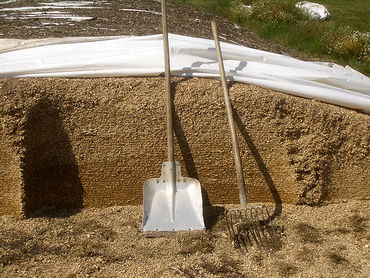 Flat silo - The lactic fermentation process is already finished after about 2 weeks. The lactobacilli produce so much lactic acid that the pH drops considerably, ending up somewhere near 4. That's too low even for the lactobacilli, so that they die too. Nothing will grow and the whole thing is well-preserved, possibly for years.

The first phase should be as brief as possible to maintain the quality of the silage. Excessive aerobic fermentation reduces the energy content of the silage and may cause heat damage to proteins.
The second or anaerobic phase begins when available oxygen is used up by respiration and aerobic bacteria cease to function. Anaerobic bacteria (bacteria that grow in the absence of oxygen) then begin to multiply rapidly and the fermentation process begins.
The best silage is produced when the most rapidly growing microorganisms are predominately of the lactobacilli species, as they produce lactic acid from the fermented plant material. Lactic acid lowers the pH of the silage. Fermentation completely ceases after three to four weeks when the pH becomes so low that all microbial growth is inhibited.
(Source: Nutritional Ecology of the Ruminant, P. Van Soest, Cornell University Press, 1994, p. 217.) 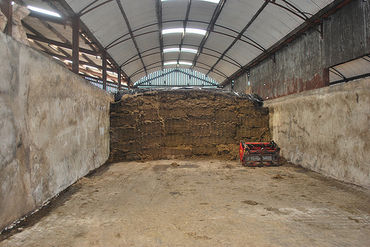 Silage is the preservation of green fodder in a silo by means of lacto-fermentation. It relies largely on lactobacilli, especially Lactobacillus plantarum, and is thus similar to the way in which Sauerkraut and Kimchi are preserved. 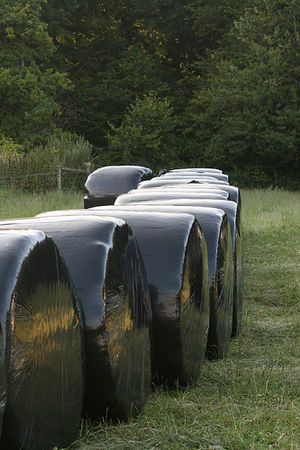 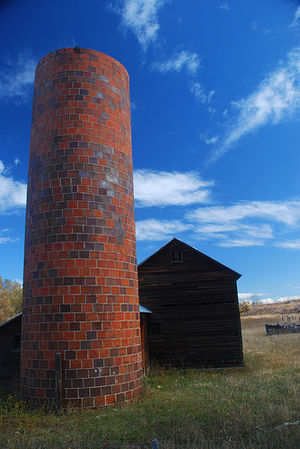 Brick silo, but made of fired bricks, not CEBs
Retrieved from "https://wiki.opensourceecology.org/index.php?title=Silage&oldid=149007"
Categories: