Finished the CEB Top Plate assembly, had to redraw the front and rear plates due to having omitted the rod holes after confusion of proper procedure for working with dxf imports. Holes now properly placed. Uploaded the CEB Top Plate Assembly as dxf. There seems to be confusion about importing/exporting dxf to/from FreeCAD still. I followed the steps outlined in Abe's log and that didn't seem to work for me. I think the steps below worked.

Still not sure if this is a proper DXF export, but it did open up as a proper looking 3D model in FreeCAD, as opposed to previous exports and procedures which only showed up as flattened 3d drawings, it was a mess.

Uploaded an exposed thermocouple for use on LFX

Started looking through details about the thermal components for the Lyman_Filament_Extruder

Uploaded the barebones Heat Band no wires or clamp yet.

Updated CNC Torch Table with Z axes, removed the doubled up carriage on the X axes, and shortened the angle irons. 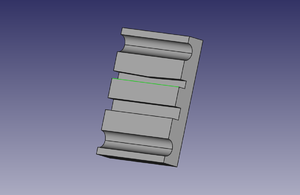 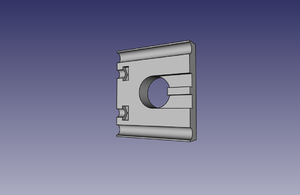 Did some updates to the D3D 16" CAD Inventory