Hint: Page should be updated, as there is some older v16.09 mixed in here

v16.09 in use without hopper and with manual controls to allow workshop participants to operate the machine hands on: 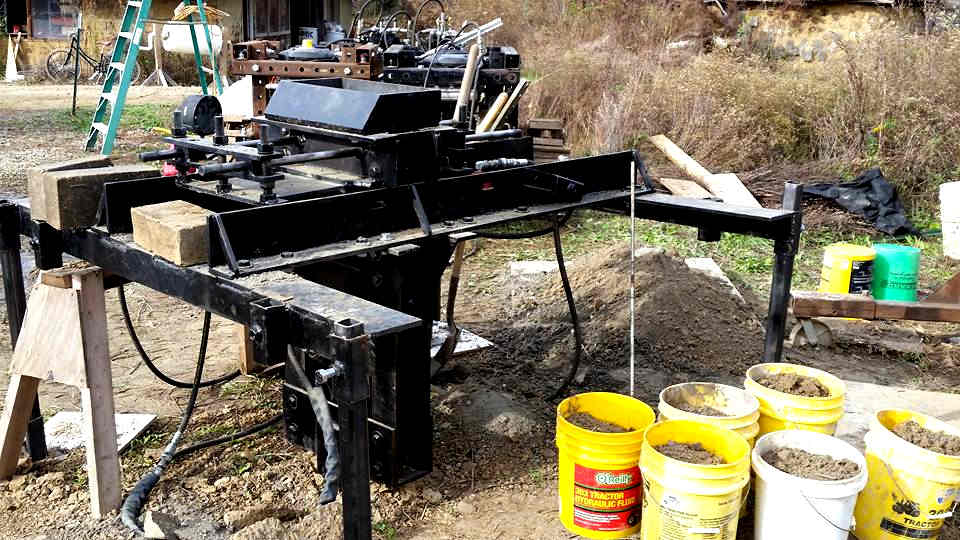 This was later taken to the CEB Microhouse Build in Belize

Our machine nears perfection. Last year we developed a modular CEB controller that is made from common parts and CAT 5 quick connects from controller to solenoids. We have tested a stationary soil mixer last year. This year the several improvements include: